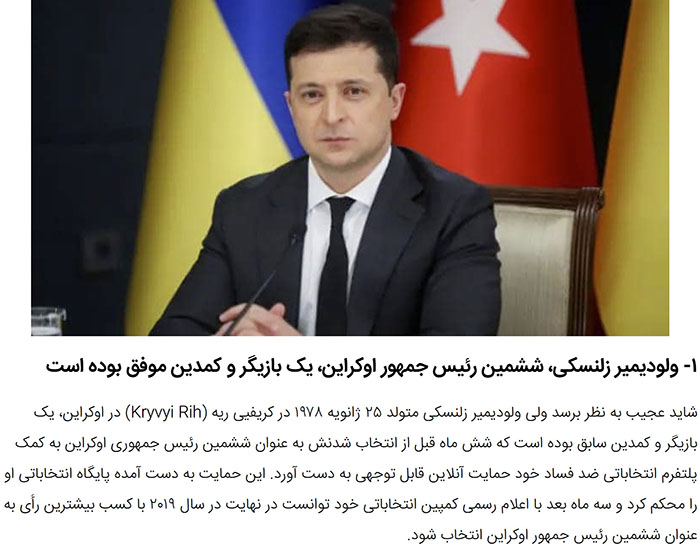 Volodymyr Zelenskyy, born on January 25, 1978, in Kryvyy Rih, Ukraine, is the current serving President of Ukraine. He was a former Ukrainian actor and comedian who was elected as President in 2019. Zelenskyy initiated an impressive anti-corruption platform in October 2018. Three months prior to his campaign announcement and six months prior to his presidential elections, Zelenskyy had already captured the position of the frontrunner in the opinion polls. His anti-corruption platform won him significant support and a massive online following. The political novice got a solid electoral base this way. He subsequently won the elections in 2019 and was announced as the 6th President of Ukraine in 2019.

As Donald Trump made abundantly clear during his four years in office, he absolutely hated the job of being president. … END_OF_DOCUMENT_TOKEN_TO_BE_REPLACED

A millionaire Iranian influencer’s gold McLaren supercar was seized after police found him driving it without insurance. Pooyan Mokhtari, 31, … END_OF_DOCUMENT_TOKEN_TO_BE_REPLACED