The Singer “Shery M” living and working in Vienna 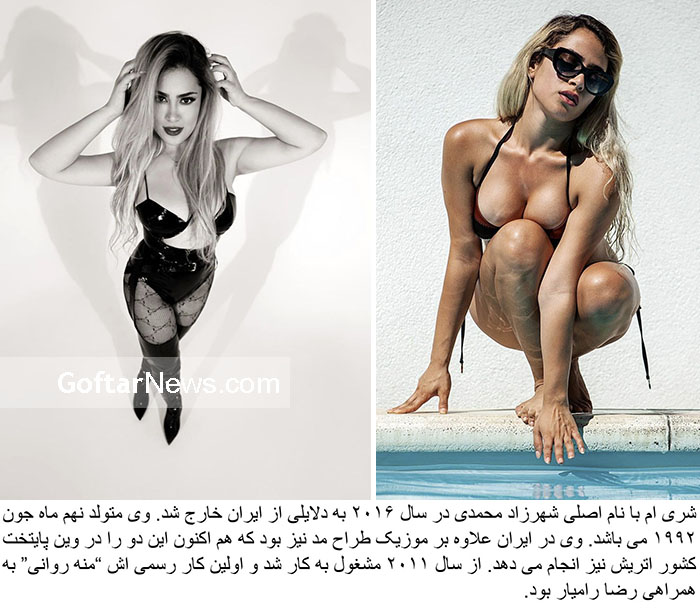 Shahrzad Mohammadi known as Shery M is an international Singer-Songwriter and performer (Opera, Pop, RnB…). Shery M is known for her consistent image reinventions and versatility in Music and entertainment. She rose to initial fame of releasing her first single of the self titled album (Shery M )at 2014 called #ManeRavani Since that the hit list have continued with hit tracks witch also got recognized in Europe and Austrian radio stations.

Mahlagha Jaberi attends the Opening Night Gala screening of “What’s Love Got To Do With It?” at the Red Sea … END_OF_DOCUMENT_TOKEN_TO_BE_REPLACED

Shiva Balochi, the actress in the series Nurses, wrote: As the smallest member of the Muslim community, the hijab has … END_OF_DOCUMENT_TOKEN_TO_BE_REPLACED

Shohreh Mousavi, one of the directors of the Badran Company, who defrauded over 9,000 billion tomans from 300,000 people by … END_OF_DOCUMENT_TOKEN_TO_BE_REPLACED

“Evil and passion work with him.” Open the heart valves. “Its night song can be heard all over the world.” … END_OF_DOCUMENT_TOKEN_TO_BE_REPLACED