The Singer “Mansour” celebrating Mother’s day in the U.S. 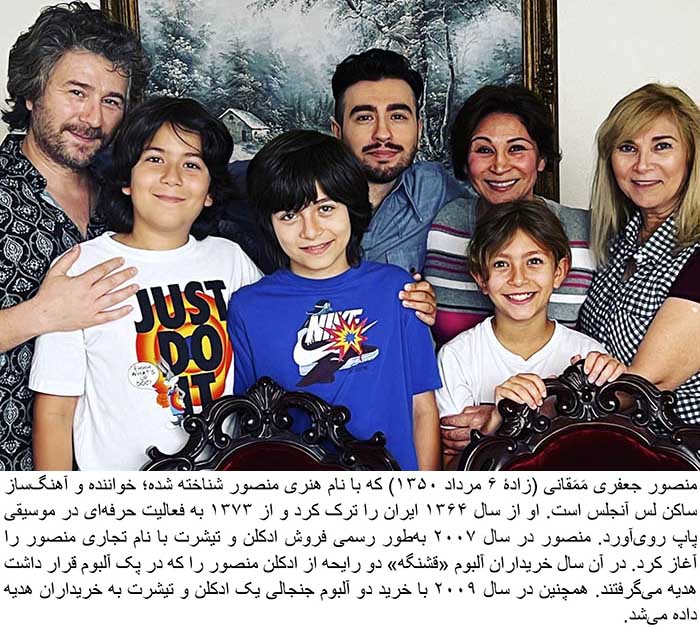 Mansour Jafari Mamaghani (born 28 July 1971), better known as Mansour, is an artist renowned as a musical artist based in Southern California. After the presidential election in June 2009 and protests against its results, Mansour recorded a song titled “Nedaye Eshgh”. The word “Neda” in the title of this song was used as a symbolic meaning of “calling” for freedom and hope, and also it was the first name of one of the assassinated people in these protests: Neda Agha-Soltan. Mansour also participated in some of the protests that were held in Los Angeles, California.

While the hijab monitoring machine and suppression of women’s clothing have returned to the streets after a few months, the … END_OF_DOCUMENT_TOKEN_TO_BE_REPLACED

Cardboard imam refers to the set of cardboard replicas made of Seyyed Ruhollah Khomeini, which were first used in the … END_OF_DOCUMENT_TOKEN_TO_BE_REPLACED

After the departure of the Dutch striker Jurgen Lokadia from the Persepolis team, the directors of this club thought of … END_OF_DOCUMENT_TOKEN_TO_BE_REPLACED

On this special cover, apart from Golshifteh Farahani and Zaramira Brahimi, ten other famous faces have supported  protesting women, and … END_OF_DOCUMENT_TOKEN_TO_BE_REPLACED