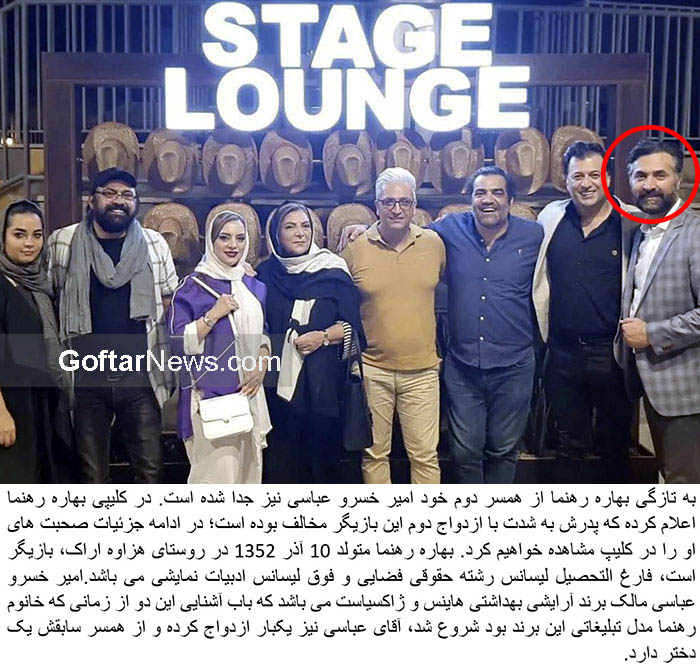 She married Peyman Ghasemkhani in 1992. The couple divorced in 2016. Peyman is an screenwriter who mostly worked with Mehran Modiri. They have a daughter named Paria who was born in 1997. Paria has acted with her mother in two films, including Bano and Mard-e Hezar-Chehreh. Her mother, Parvin is also acted in TV series since 2004. Her former brother-in-law, Mehrab Ghasemkhani is also a writer and his former spouse, Shaghayegh Dehghan is an actress. Rahnama married Amir Khosro Abbasi in August 2017.

Mahlagha Jaberi attends the Opening Night Gala screening of “What’s Love Got To Do With It?” at the Red Sea … END_OF_DOCUMENT_TOKEN_TO_BE_REPLACED

Shiva Balochi, the actress in the series Nurses, wrote: As the smallest member of the Muslim community, the hijab has … END_OF_DOCUMENT_TOKEN_TO_BE_REPLACED

Shohreh Mousavi, one of the directors of the Badran Company, who defrauded over 9,000 billion tomans from 300,000 people by … END_OF_DOCUMENT_TOKEN_TO_BE_REPLACED

“Evil and passion work with him.” Open the heart valves. “Its night song can be heard all over the world.” … END_OF_DOCUMENT_TOKEN_TO_BE_REPLACED