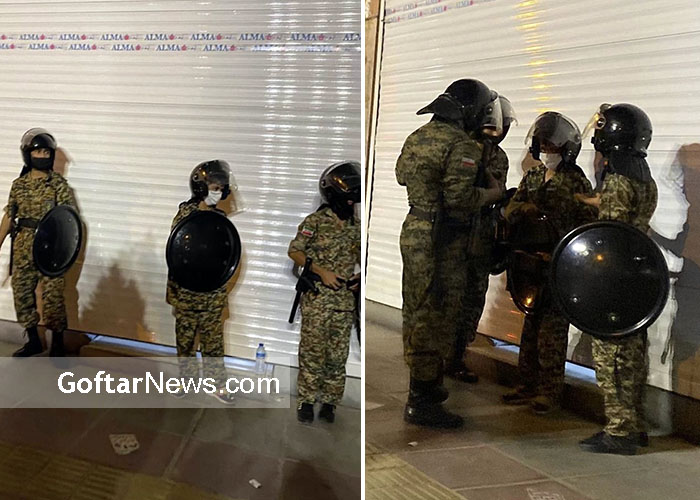 In recent days, it has been observed that the government has used teenagers and students in military uniforms and equipment under the name of “Basij” volunteer forces to deal with the street protests following the murder of Mehsa Amini. According to the size and design of the clothes and war tools available to these teenagers, it is clear that they have already prepared for such a task. While using children and students as military forces or human shields is prohibited and reprehensible, Article 38 of the Convention on the Rights of the Child states that political groups should not use people under the age of fifteen in war. The government is responsible for the physical and mental peace of children and does not have the right to mobilize children for military actions and must refrain from enlisting them to participate in military conflicts. Hundreds of activists in the field of children’s and youth literature in Iran published a statement on Thursday condemning the arrest of protesting teenagers and the presence of children in special units to suppress protests.

Mahlagha Jaberi attends the Opening Night Gala screening of “What’s Love Got To Do With It?” at the Red Sea … END_OF_DOCUMENT_TOKEN_TO_BE_REPLACED

Shiva Balochi, the actress in the series Nurses, wrote: As the smallest member of the Muslim community, the hijab has … END_OF_DOCUMENT_TOKEN_TO_BE_REPLACED

Shohreh Mousavi, one of the directors of the Badran Company, who defrauded over 9,000 billion tomans from 300,000 people by … END_OF_DOCUMENT_TOKEN_TO_BE_REPLACED

“Evil and passion work with him.” Open the heart valves. “Its night song can be heard all over the world.” … END_OF_DOCUMENT_TOKEN_TO_BE_REPLACED