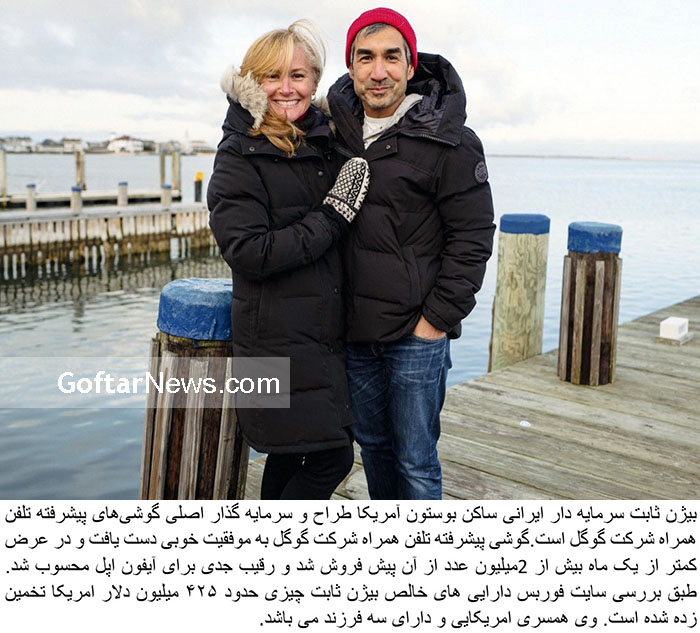 Bijan Sabet returns to the Midas List due to his prescient investments in social media firms, most notably Twitter. The Boston-based Sabet backed the social network popular with President Trump supporters and foes alike back in 2008. This year, Sabet enjoyed an exit through Trello, which sold to Atlassian for $425 million. Sabet has also invested in Tumblr and Runkeeper. He led the Series A of failed drone maker Lily Robotics, which collapsed earlier this year and has promised customers refunds. Sabet has been an outspoken supporter of the ACLU and recently kicked off a flurry of fundraising out of Silicon Valley for the civil liberties organization. The investor travels frequently, often with his film camera by his side.

Mahlagha Jaberi attends the Opening Night Gala screening of “What’s Love Got To Do With It?” at the Red Sea … END_OF_DOCUMENT_TOKEN_TO_BE_REPLACED

Shiva Balochi, the actress in the series Nurses, wrote: As the smallest member of the Muslim community, the hijab has … END_OF_DOCUMENT_TOKEN_TO_BE_REPLACED

Shohreh Mousavi, one of the directors of the Badran Company, who defrauded over 9,000 billion tomans from 300,000 people by … END_OF_DOCUMENT_TOKEN_TO_BE_REPLACED

“Evil and passion work with him.” Open the heart valves. “Its night song can be heard all over the world.” … END_OF_DOCUMENT_TOKEN_TO_BE_REPLACED