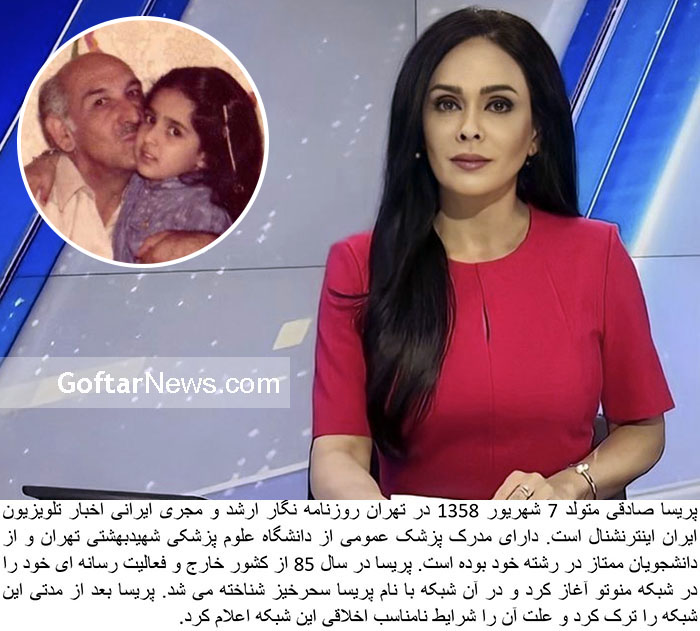 Parisa Sadeghi was born on 7th of Shahrivar, she is a senior journalist and anchor of International TV news. International is a Persian language television station headquartered in London, aimed at viewers, and broadcasting free-to-air by satellite. The channel has received media attention for its reporting on human rights violations, political developments, LGBTQ+ rights and women’s rights and has twice been nominated for International Channel of the Year by the Association for International Broadcasting. It is also known that the channel has ties with the Saudi Arabian Royal Family, with some funding for the channel coming from people closely associated with the same.

While the hijab monitoring machine and suppression of women’s clothing have returned to the streets after a few months, the … END_OF_DOCUMENT_TOKEN_TO_BE_REPLACED

Cardboard imam refers to the set of cardboard replicas made of Seyyed Ruhollah Khomeini, which were first used in the … END_OF_DOCUMENT_TOKEN_TO_BE_REPLACED

After the departure of the Dutch striker Jurgen Lokadia from the Persepolis team, the directors of this club thought of … END_OF_DOCUMENT_TOKEN_TO_BE_REPLACED

On this special cover, apart from Golshifteh Farahani and Zaramira Brahimi, ten other famous faces have supported  protesting women, and … END_OF_DOCUMENT_TOKEN_TO_BE_REPLACED