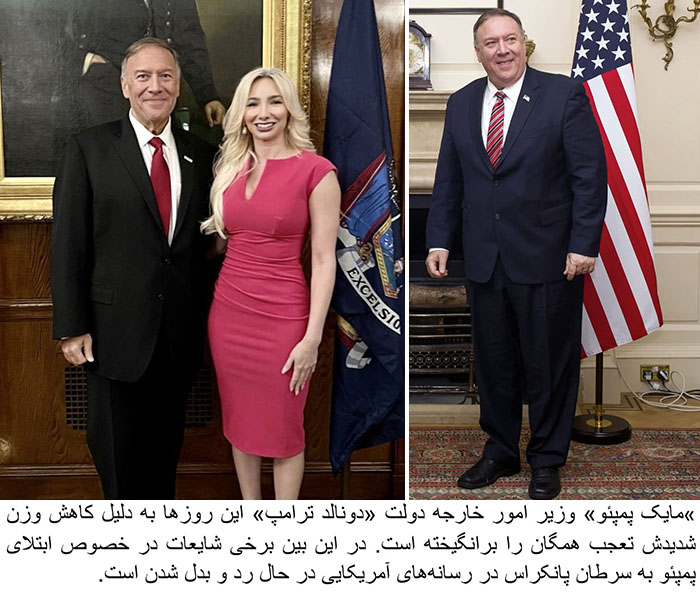 Former Secretary of State Mike Pompeo looks unrecognizable after undergoing dramatic weight-loss since leaving office. Today, business writer Mike Bird tweeted “Why hasn’t anyone published a Mike Pompeo diet regime feature yet?” and added before and after photos for reference. The Republican politician served under President Donald Trump as director of the Central Intelligence Agency from 2017 to 2018 and as the 70th United States secretary of state from 2018 to 2021. Following his exit from office, Pompeo has been vocal about is disapproval of the new Biden administration while continuing to promote and defend the work of the Trump administration.

It’s said that art imitates life, but sometimes it’s the other way around…especially when it comes to Sex/Life co-stars Sarah … END_OF_DOCUMENT_TOKEN_TO_BE_REPLACED

In 1990, she was cast as a young bride in Behrooz Afkhami’s hit film The Bride. Karimi has won many … END_OF_DOCUMENT_TOKEN_TO_BE_REPLACED

Chakame Chamanmah is an actress, known for Confessions of My Dangerous Mind (2015), Receiver (2012). In Istanbul and along the … END_OF_DOCUMENT_TOKEN_TO_BE_REPLACED