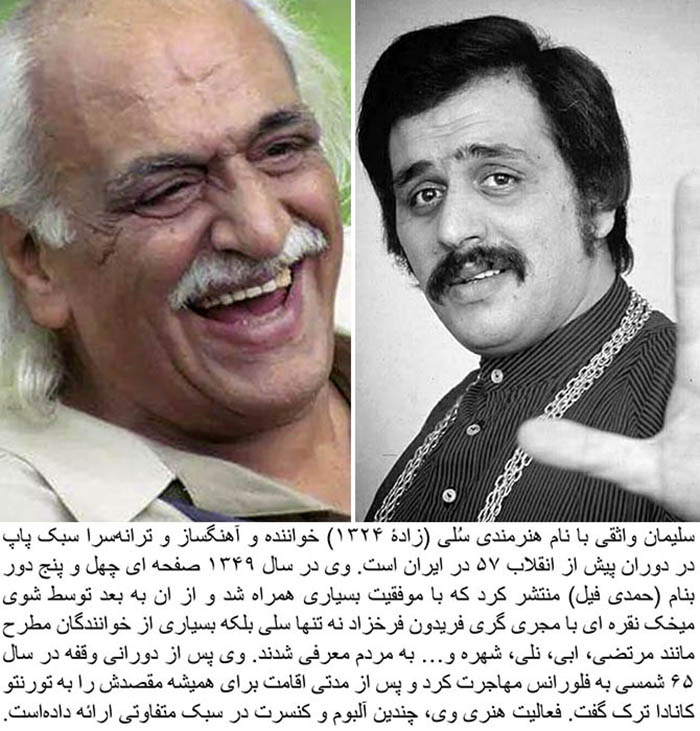 Soleyman Vaseghi is known for his work on Brothers in Blood (1975), Wounded Night (1977) and Light and Sound (2014). People across all professions retire. That goes for actors as well, who sometimes stop getting the casting calls. Those actors are not necessarily forced into retirement, but they might make infrequent appearances or get cast in roles that are so small, we don’t even hear about them. And it’s a shame when one of those actors is among your favorites. In this case we are talking about living actors we miss seeing. Of course, we’d love to see, say, Katharine Hepburn back on the screen, but that’s not happening.

Mahlagha Jaberi attends the Opening Night Gala screening of “What’s Love Got To Do With It?” at the Red Sea … END_OF_DOCUMENT_TOKEN_TO_BE_REPLACED

Shiva Balochi, the actress in the series Nurses, wrote: As the smallest member of the Muslim community, the hijab has … END_OF_DOCUMENT_TOKEN_TO_BE_REPLACED

Shohreh Mousavi, one of the directors of the Badran Company, who defrauded over 9,000 billion tomans from 300,000 people by … END_OF_DOCUMENT_TOKEN_TO_BE_REPLACED

“Evil and passion work with him.” Open the heart valves. “Its night song can be heard all over the world.” … END_OF_DOCUMENT_TOKEN_TO_BE_REPLACED