The Former Crown Prince attending with family a wedding in the U.S. 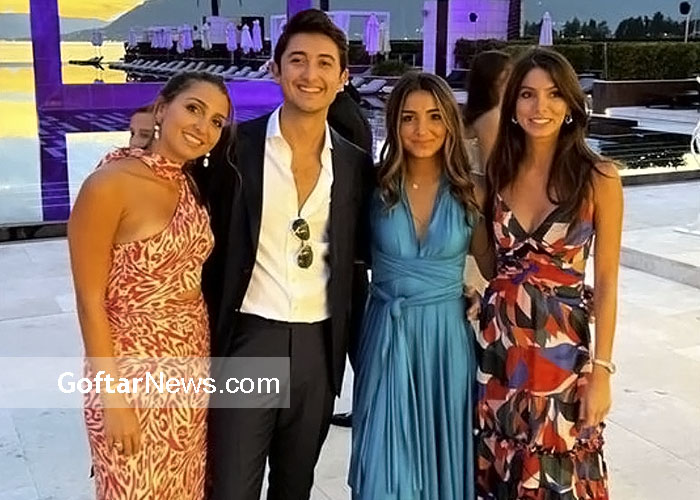 Reza Pahlavi (born 31 October 1960) is the oldest son of Mohammad Reza Pahlavi, the last Shah, and his wife Farah Diba. Prior to the Revolution in 1979, he was the crown prince and the last heir apparent to the throne of the Imperial State. Pahlavi is the founder and leader of the self-styled National Council, an exiled opposition group, and is a prominent critic of government. According to a People article published in 1978, Pahlavi dated a “blond, blue-eyed Swedish model he met in Rome”.

While the hijab monitoring machine and suppression of women’s clothing have returned to the streets after a few months, the … END_OF_DOCUMENT_TOKEN_TO_BE_REPLACED

Cardboard imam refers to the set of cardboard replicas made of Seyyed Ruhollah Khomeini, which were first used in the … END_OF_DOCUMENT_TOKEN_TO_BE_REPLACED

After the departure of the Dutch striker Jurgen Lokadia from the Persepolis team, the directors of this club thought of … END_OF_DOCUMENT_TOKEN_TO_BE_REPLACED

On this special cover, apart from Golshifteh Farahani and Zaramira Brahimi, ten other famous faces have supported  protesting women, and … END_OF_DOCUMENT_TOKEN_TO_BE_REPLACED