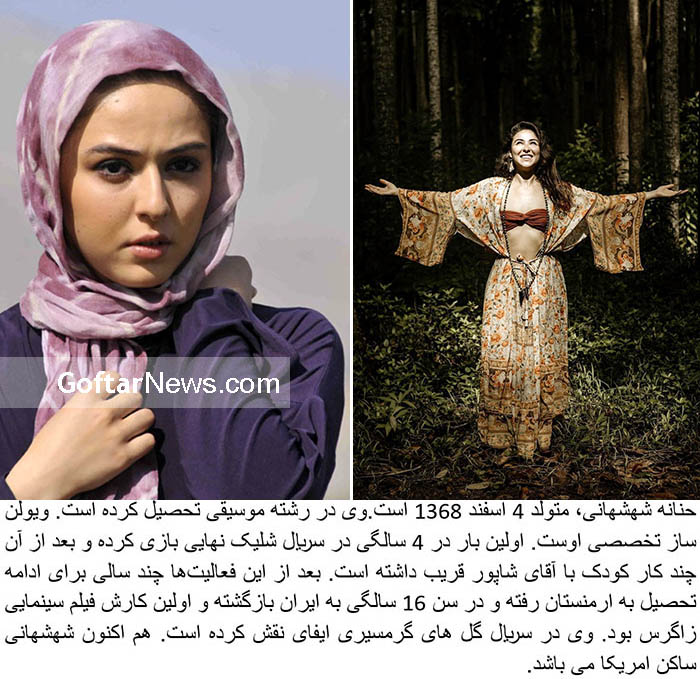 Hannaneh Shahshahani was born into theater! Her Mother’s was an actress and film director and her father was a writer and producer. She began her television acting career at the age of four and quickly rose in popularity to become a highly recognized child star, appearing in multiple films and television productions. She moved to Armenia at the age of 12 to study music in Conservatory Komitas Yerevan. After at the age of 15, she traveled back to her country to build on her acting career, which took off quickly and she was welcomed into the industry with her first feature film Directed by renowned director, Mohammad Ali Njafi (Zagros). She went on to appear in multiple films before moving to Los Angles at the age of 21. She now performs as an actress, dancer, and musician while she moves to surpass her success in the US.

While the hijab monitoring machine and suppression of women’s clothing have returned to the streets after a few months, the … END_OF_DOCUMENT_TOKEN_TO_BE_REPLACED

Cardboard imam refers to the set of cardboard replicas made of Seyyed Ruhollah Khomeini, which were first used in the … END_OF_DOCUMENT_TOKEN_TO_BE_REPLACED

After the departure of the Dutch striker Jurgen Lokadia from the Persepolis team, the directors of this club thought of … END_OF_DOCUMENT_TOKEN_TO_BE_REPLACED

On this special cover, apart from Golshifteh Farahani and Zaramira Brahimi, ten other famous faces have supported  protesting women, and … END_OF_DOCUMENT_TOKEN_TO_BE_REPLACED