The Football Player “Sardar Azmoun” and his fiancé in Russia 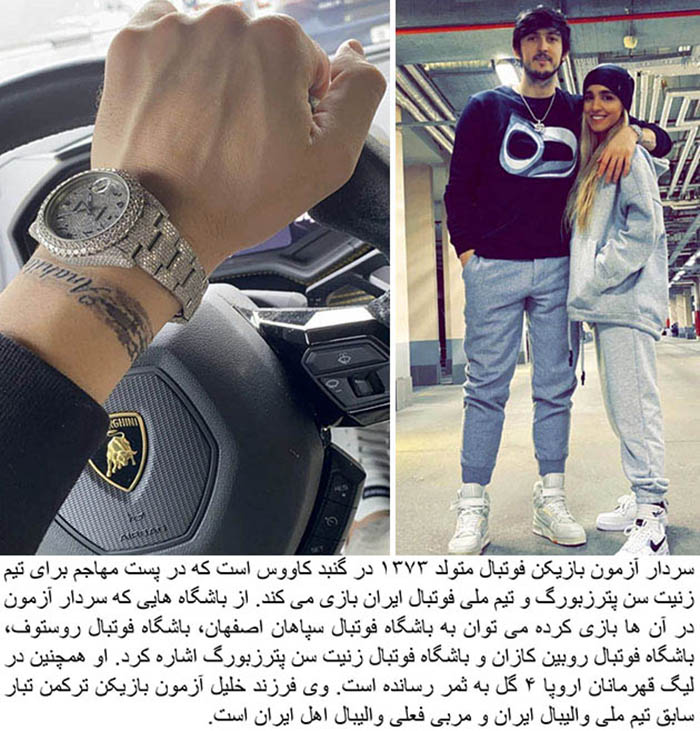 Sardar Azmoun (born 1 January 1995) is a professional footballer who plays as a forward for Russian club Zenit Saint Petersburg and the national team. Azmoun made his debut for the national team in 2014 aged 19. He has been a regular with Team Melli playing in the 2015 and 2019 AFC Asian Cup as well as the 2018 FIFA World Cup. As of July 2021, he has scored 37 goals in 55 games. After Alireza Jahanbakhsh, Azmoun is the second-most expensive player of all-time. He is both the youngest to score in a Champions League game, as well as the record-holder for the most goals scored in UEFA Champions League with four goals.

The Sharif University of Technology is a public research university. It is widely considered as the nation’s leading institution for … END_OF_DOCUMENT_TOKEN_TO_BE_REPLACED

Successful artists don’t frame things around “not enough.” There is never enough time, not enough money, not enough confidence, not … END_OF_DOCUMENT_TOKEN_TO_BE_REPLACED

Yasmine Pahlavi is the wife of Reza Pahlavi, the last crown prince of the former Imperial State. She worked for … END_OF_DOCUMENT_TOKEN_TO_BE_REPLACED

Ali Daei started his football career with Esteghlal Ardabil. He joined the Tehran taxi team after being admitted to Sharif … END_OF_DOCUMENT_TOKEN_TO_BE_REPLACED