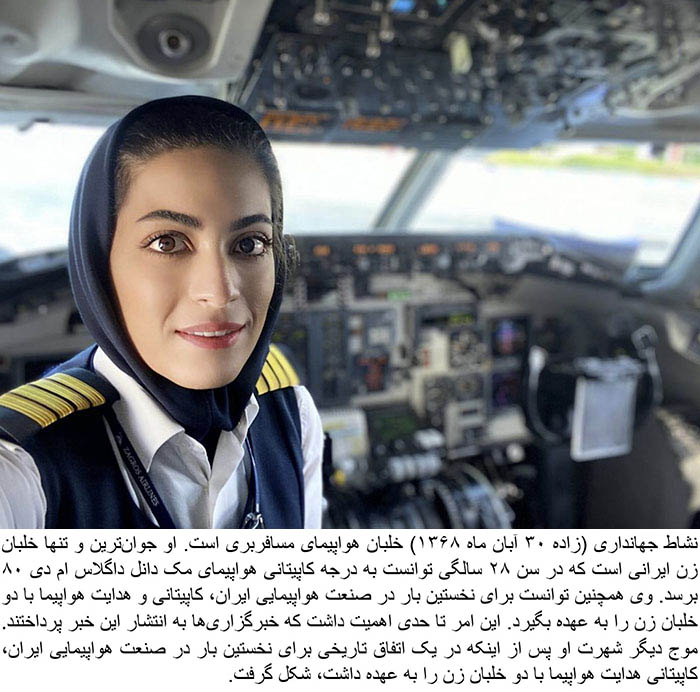 Neshat Jahandari is a pilot. She is the first female pilot on a passanger airliner. She currently holds three records in aviation history, including first female pilot under the Republic, first female airline pilot, and first all-female crew. She flies the MD80. She became famous after her inaugural video went viral.

Shahkar Bineshpajooh (born 13 December 1972) is a poet, translator, composer, and singer. Bineshpahjooh has performed with orchestras in Europe … END_OF_DOCUMENT_TOKEN_TO_BE_REPLACED

Omid R. Kordestani (born 1963) is a businessman who is a member of the board at Twitter and was previously … END_OF_DOCUMENT_TOKEN_TO_BE_REPLACED

“To be a good host, you need to be very comfortable in your own skin. It’s vital that you feel … END_OF_DOCUMENT_TOKEN_TO_BE_REPLACED