The Ex-footballer “Ferydoon Zandi” celebrating his 9th anniversary in Germany 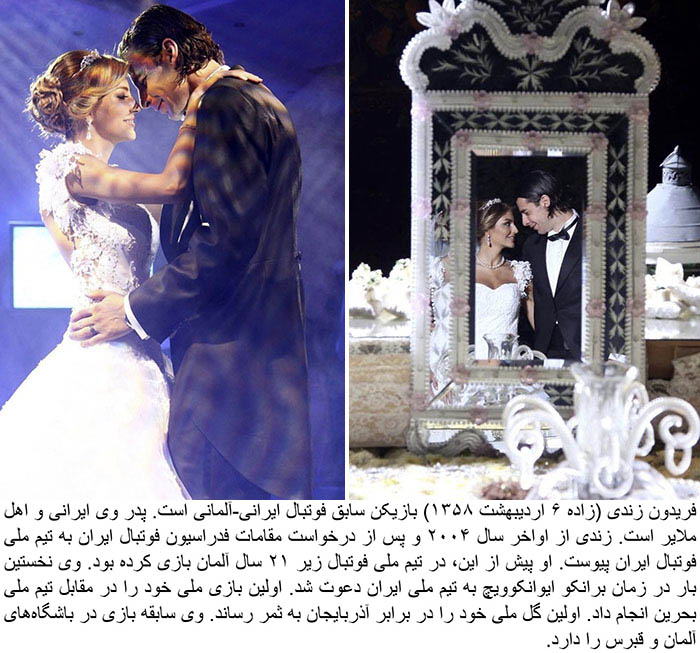 Ferydoon Zandi (born 26 April 1979) is a retired professional footballer and the current assistance coach of Dynamo Dresden. Zandi was called up for the German under-17 national football team and played for SV Meppen before being signed by SC Freiburg. There, he failed to establish himself as a starter and was traded to the 2. Bundesliga club VfB Lübeck. After struggling again initially, Zandi broke through and established himself as one of the most dangerous and versatile attackers of the league. He regularly was one of the top scorers and assist givers. After enjoying two successful seasons in Lübeck, he was signed by 1. FC Kaiserslautern in 2004 and given the number 10.

While the hijab monitoring machine and suppression of women’s clothing have returned to the streets after a few months, the … END_OF_DOCUMENT_TOKEN_TO_BE_REPLACED

Cardboard imam refers to the set of cardboard replicas made of Seyyed Ruhollah Khomeini, which were first used in the … END_OF_DOCUMENT_TOKEN_TO_BE_REPLACED

After the departure of the Dutch striker Jurgen Lokadia from the Persepolis team, the directors of this club thought of … END_OF_DOCUMENT_TOKEN_TO_BE_REPLACED

On this special cover, apart from Golshifteh Farahani and Zaramira Brahimi, ten other famous faces have supported  protesting women, and … END_OF_DOCUMENT_TOKEN_TO_BE_REPLACED