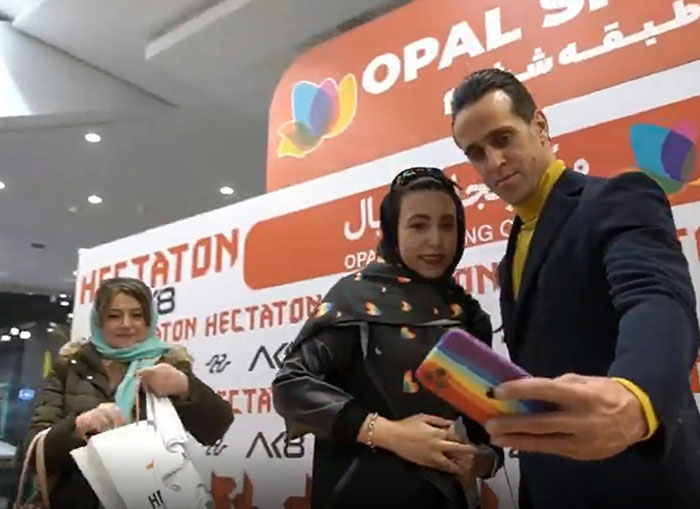 Karimi made his starting debut for Bayern when Felix Magath put him on the starting line-up of a 5–2 victory against Bayer Leverkusen on the second day of Bundesliga, in which he played on the left side of the midfield. Karimi made an assist to Roy Makaay for Bayern’s second goal followed by his first goal in the Bundesliga. He came off in the 58th minute for Brazilian international Zé Roberto and received a warm ovation from the traveling Munich fans. Karimi scored on his first UEFA Champions League appearance against Rapid Vienna on 22 November 2005. On 17 December 2005, Karimi played for 88 minutes and scored a goal in Bayern’s 2–1 win over Borussia Dortmund.

Iman Eshraghi, Actor: Morchekhar. Iman Eshraghi is an actor, known for Morchekhar (2020). Avoid the allure of the beautiful, polished, … END_OF_DOCUMENT_TOKEN_TO_BE_REPLACED

A millionaire influencer’s gold McLaren supercar was seized after police found him driving it without insurance. Pooyan Mokhtari, 31, was … END_OF_DOCUMENT_TOKEN_TO_BE_REPLACED

If you’re trying to save money through budgeting but still carrying a large debt burden, start with the debt. Not … END_OF_DOCUMENT_TOKEN_TO_BE_REPLACED

Reyhaneh Parsa (born 23 February 1999) is an actress. Reyhaneh Parsa was born on the first of Esfand 1999 in … END_OF_DOCUMENT_TOKEN_TO_BE_REPLACED