The director and actor Nader Talebzadeh in pictures 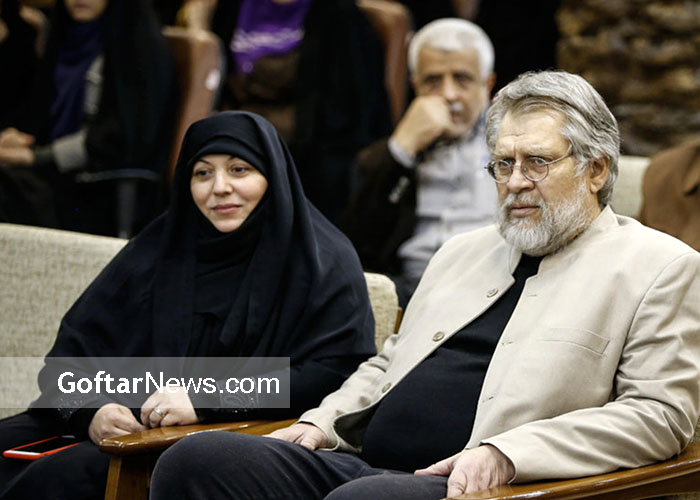 Talebzadeh was born in 1953 or 1954. His father Mansour Talebzadeh Ordoubadi, was a general officer serving in the Imperial Iranian Army. Several sources claimed that his father was instrumental in 1953 coup d’état, overthrowing Mohammad Mosaddegh, a claim which Talebzadeh always denied during his lifetime. Talebzadeh himself told Iranian news sources that his mother was Seyyedeh Vahideh Amir Molouk Sharafi a descendant of Ayatollah Sharafolaali Isfahani. Nasser Talebzadeh (Noah Mckay)’s funeral lists his mother as Marie Ordoubadi. Catherine Shakdam, a french journalist who spend time in Iran in close connection with Talebzadeh wrote in her opinion blog in Times of Israel that she heard rumors that Talebzadeh’s mother was from a crypto-Jewish background. The couple had two other children. Talebzadeh’s brother, Nasser Ordoubadi also known as Noah A. McKay, was a medical doctor. His sister, Nini Ordoubadi lives in a barn located in East Meredith, New York with her husband Anthony Chase, and owns a tea shop named Tay Tea.  Catherine Perez-Shakdam’s life reads like One Thousand and One Nights. Her biographical stories include a paternal grandfather incarcerated in a Nazi concentration camp in Tunisia, a maternal grandfather who sought to escape Hitler by converting to Christianity and fighting in the French resistance, four years living as a Sunni Muslim wife in Yemen, escorting the future President of Iran on the campaign trail, and other tales more intricately woven than a deftly designed Persian carpet.

After the departure of the Dutch striker Jurgen Lokadia from the Persepolis team, the directors of this club thought of … END_OF_DOCUMENT_TOKEN_TO_BE_REPLACED

On this special cover, apart from Golshifteh Farahani and Zaramira Brahimi, ten other famous faces have supported  protesting women, and … END_OF_DOCUMENT_TOKEN_TO_BE_REPLACED

Rafaela Santos is the sister of one of the most prominent and famous footballers in the world, but apart from … END_OF_DOCUMENT_TOKEN_TO_BE_REPLACED

Anashid Hosseini was born on January 24, 1992 in Ahvaz. His family moved very soon, a year after his birth. … END_OF_DOCUMENT_TOKEN_TO_BE_REPLACED

Neda Agha-Soltan (23 January 1983 – 20 June 2009) was an Iranian student of philosophy, who was participating in the … END_OF_DOCUMENT_TOKEN_TO_BE_REPLACED