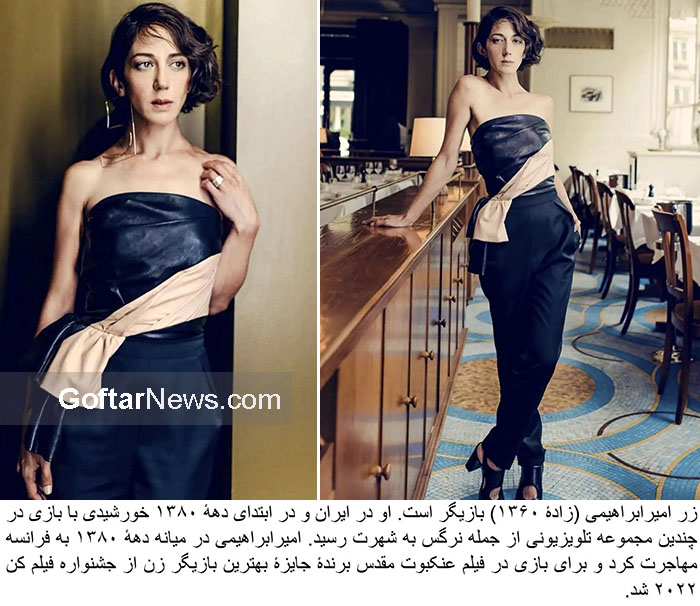 Zahra Amir Ebrahimi was born on 1981. She studied theater in Azad University and started her professional career by making short films. She made her first short film when she was only eighteen. She became popular shortly after her first work in public television. She became well known in for her role in the popular television series Nargess (2006).

Leon’s catsuit was covered in crescent moons, a symbol that has come to represent the Marine Serre brand. She wore … END_OF_DOCUMENT_TOKEN_TO_BE_REPLACED

Parviz Parastui (born 24 June 1955) is an actor. He has received various accolades, including four Crystal Simorgh for Best … END_OF_DOCUMENT_TOKEN_TO_BE_REPLACED

Now, as the doors slowly open for women in the profession, many women are putting the pedal to the metal … END_OF_DOCUMENT_TOKEN_TO_BE_REPLACED