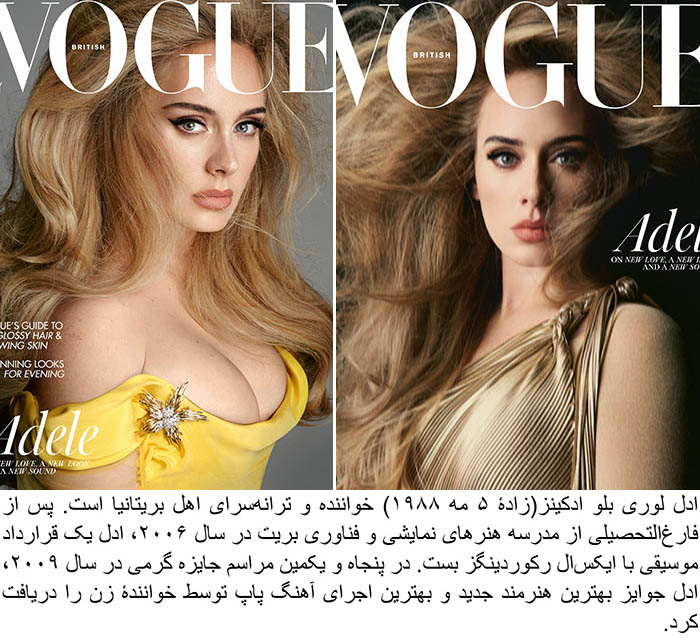 Adele Laurie Blue Adkins MBE (born 5 May 1988) is an English singer and songwriter. She is one of the world’s best-selling music artists, with sales of over 120 million records. After graduating in arts from the BRIT School in 2006, Adele signed a record deal with XL Recordings. In 2007, she received the Brit Award for Rising Star and won the BBC Sound of 2008 poll. Her debut album, 19, was released in 2008. It is certified 8× platinum in the UK and triple platinum in the US. The album contains her first song, “Hometown Glory”, written when she was just 16, which is based on her home suburb of West Norwood in London.

Leon’s catsuit was covered in crescent moons, a symbol that has come to represent the Marine Serre brand. She wore … END_OF_DOCUMENT_TOKEN_TO_BE_REPLACED

Parviz Parastui (born 24 June 1955) is an actor. He has received various accolades, including four Crystal Simorgh for Best … END_OF_DOCUMENT_TOKEN_TO_BE_REPLACED

Now, as the doors slowly open for women in the profession, many women are putting the pedal to the metal … END_OF_DOCUMENT_TOKEN_TO_BE_REPLACED