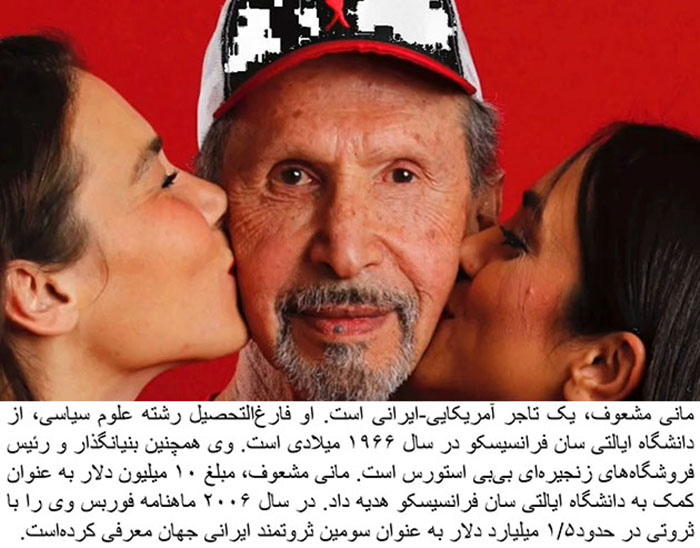 Manny Mashouf (born 6 July 1938) is an Iranian-American businessman and philanthropist known for founding Bebe Stores. He was the manager and chairman of Bebe stores. In 1998, he took the company public. In 2006 Mashouf was worth US$1.5 billion – resulting in Forbes listing him as the 242nd richest American. By 2007 that has dropped to $1.3 Billion. Partnered with Giovanni Agnelli and Manny Mashouf, Scott Bloom founded the production company Argonaut Pictures in 2007. It was announced in 2015 that he was to sell his 59% stake in Bebe. All of Bebe’s stores are scheduled to close and liquidate inventory by the end of May 2017.

It’s said that art imitates life, but sometimes it’s the other way around…especially when it comes to Sex/Life co-stars Sarah … END_OF_DOCUMENT_TOKEN_TO_BE_REPLACED

In 1990, she was cast as a young bride in Behrooz Afkhami’s hit film The Bride. Karimi has won many … END_OF_DOCUMENT_TOKEN_TO_BE_REPLACED

Chakame Chamanmah is an actress, known for Confessions of My Dangerous Mind (2015), Receiver (2012). In Istanbul and along the … END_OF_DOCUMENT_TOKEN_TO_BE_REPLACED