The Actress “Niusha Zeighami” got divorce from husband after 12 years 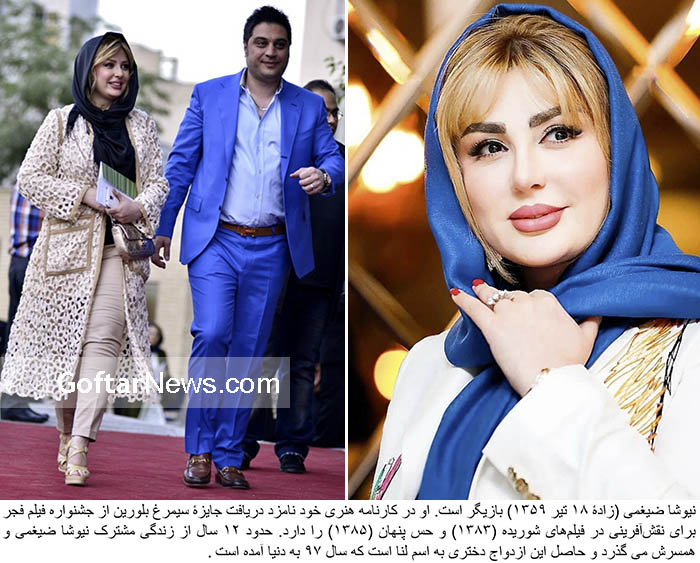 Niusha Zeighami (born in July 9, 1980) is an actress. She has received various accolades, including nominations for two Crystal Simorgh and a Hafez Award.Niusha Zeighami has an academic degree in Child Psychology. She graduated from the Young Cinema Society in 2005 and was cast for a role in the series ‘In the Eye of the Storm’ (2003-2009). She also acted in the series ‘Tell the Truth’ (2012).

Shirin Naseri was born on August 26, 1368 in Mashhad. Practice your communication skills so you present clearly. Presenting requires … END_OF_DOCUMENT_TOKEN_TO_BE_REPLACED

Who is Rajwa Al Saif, Crown Prince Hussein’s Fiancée? The heir to the Jordanian throne has announced his engagement and … END_OF_DOCUMENT_TOKEN_TO_BE_REPLACED

Many international couples planning a destination wedding are choosing our country, not only for the scenery and charming wedding venues, … END_OF_DOCUMENT_TOKEN_TO_BE_REPLACED