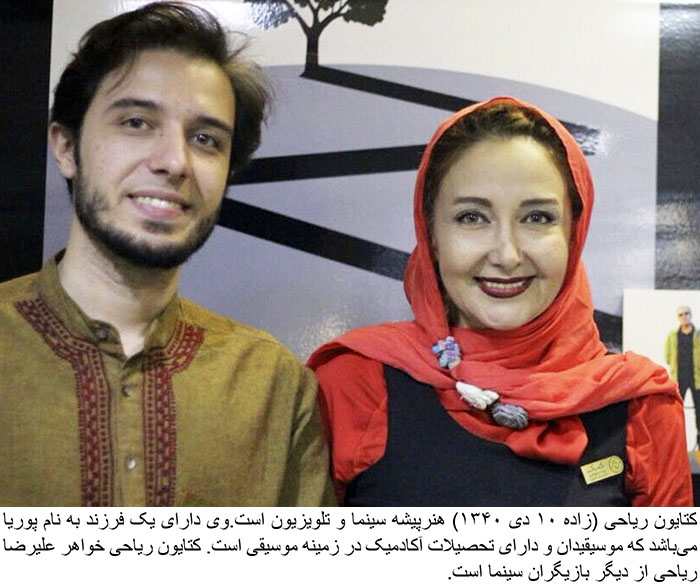 Katayoun Riahi (born 31 December 1961) is an actress. She is also the founder and CEO of the Komak Charity Foundation. She left the film industry in 2009. She is also an ambassador of the Mehrafarin Foundation. It was with the series Days of Life (1998), After the Rain (1999) and The 10th Night (2001) that she established herself as a capable actress.

Shahkar Bineshpajooh (born 13 December 1972) is a poet, translator, composer, and singer. Bineshpahjooh has performed with orchestras in Europe … END_OF_DOCUMENT_TOKEN_TO_BE_REPLACED

Omid R. Kordestani (born 1963) is a businessman who is a member of the board at Twitter and was previously … END_OF_DOCUMENT_TOKEN_TO_BE_REPLACED

“To be a good host, you need to be very comfortable in your own skin. It’s vital that you feel … END_OF_DOCUMENT_TOKEN_TO_BE_REPLACED