The Actor “Özcan Deniz” and girl friend in Cappadocia 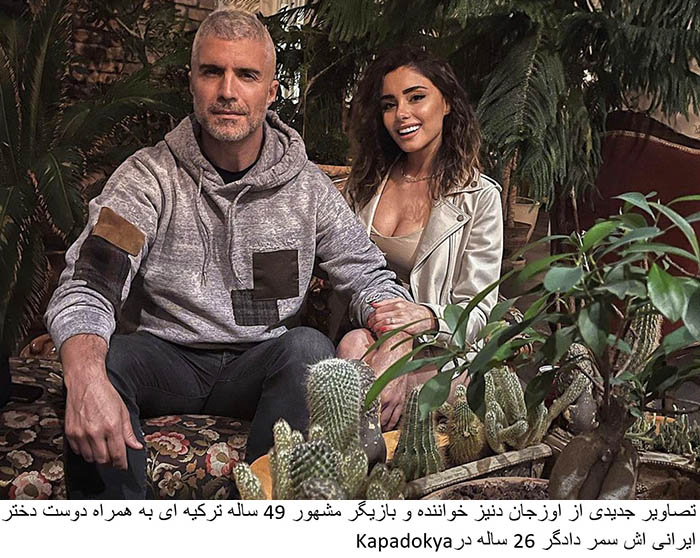 Özcan Deniz (born 19 May 1972) is a Turkish actor, singer, composer, writer and director, who is of Kurdish descent. His family is of Kurdish origin. Deniz’s family is originally from Ağrı but he was born in Ankara and grew up in Aydın. He is the nephew of a famous traditional Kurdish singer named Şakiro. He started acting during his highschool years itself in theater plays, which he wrote himself and attended local amateur theater clubs. He performed his first orchestra work in 1985 in Aydın. In 1988 he moved to Istanbul and in 1998 to Germany to pursue a music career. He was discovered by a group of producers in Munich, Germany.

While the hijab monitoring machine and suppression of women’s clothing have returned to the streets after a few months, the … END_OF_DOCUMENT_TOKEN_TO_BE_REPLACED

Cardboard imam refers to the set of cardboard replicas made of Seyyed Ruhollah Khomeini, which were first used in the … END_OF_DOCUMENT_TOKEN_TO_BE_REPLACED

After the departure of the Dutch striker Jurgen Lokadia from the Persepolis team, the directors of this club thought of … END_OF_DOCUMENT_TOKEN_TO_BE_REPLACED

On this special cover, apart from Golshifteh Farahani and Zaramira Brahimi, ten other famous faces have supported  protesting women, and … END_OF_DOCUMENT_TOKEN_TO_BE_REPLACED