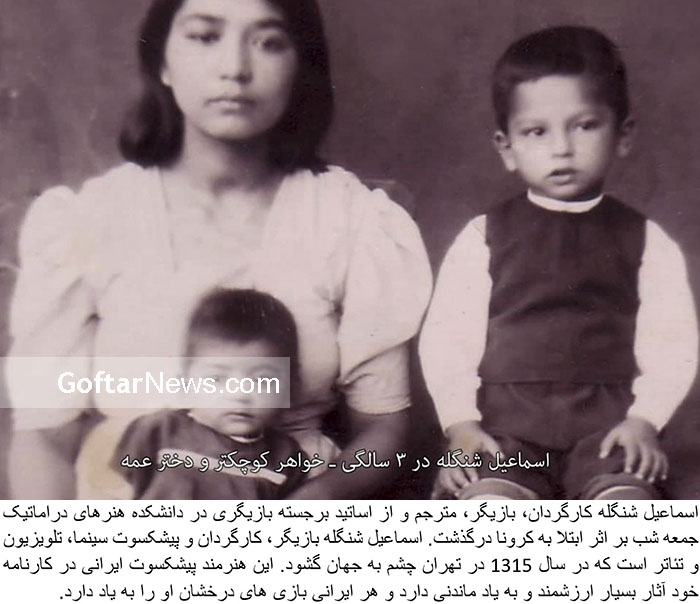 Ismail Shangleh was born in 1315. He started the theater in 1332. In 1335, he entered the acting academy. In an interview conducted by Mizan News Agency on 20 September 2016, Shangleh stated that he had been suffering from cancer for some time, but he has recovered and is in good health. However, he no longer has an artistic activity. He died on July 24, 1401 at the age of 86 due to corona. Esmail Shangale is an actor and producer, known for Killing Mad Dogs (2001), A House in the Dust (2010) and The Blue (2001).

Shirin Naseri was born on August 26, 1368 in Mashhad. Practice your communication skills so you present clearly. Presenting requires … END_OF_DOCUMENT_TOKEN_TO_BE_REPLACED

Who is Rajwa Al Saif, Crown Prince Hussein’s Fiancée? The heir to the Jordanian throne has announced his engagement and … END_OF_DOCUMENT_TOKEN_TO_BE_REPLACED

Many international couples planning a destination wedding are choosing our country, not only for the scenery and charming wedding venues, … END_OF_DOCUMENT_TOKEN_TO_BE_REPLACED