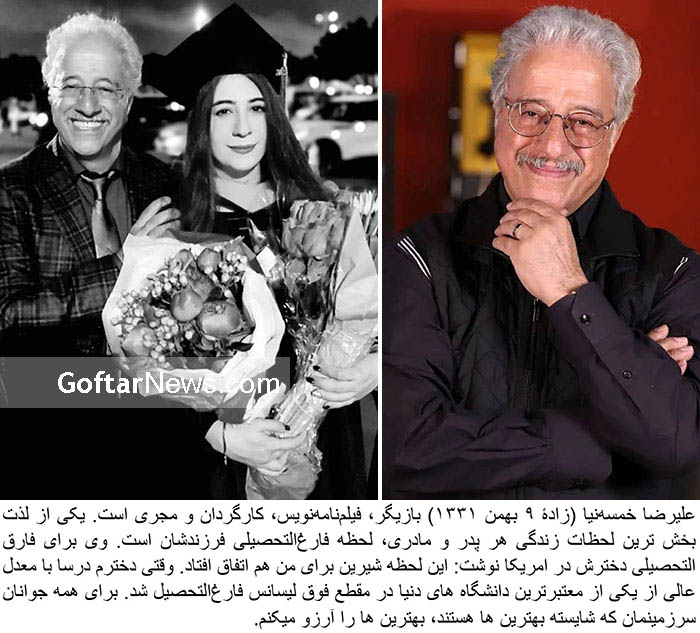 Alireza Khamseh is a cinema and television actor. Alireza Khamsenia (born on 9 Bahman 1331) is an actor, screenwriter, director and presenter. He started acting in cinema in 1360 with the movie “Death of Yazdgerd” and in 1387 for his role in “Bist” he won Simorgh Crystal for Best Supporting Actor at Fajr Film Festival. He appeared in five seasons of the TV series Capital (1389-1397) in the role of Baba Panj Ali. Alireza Khamse was born in Zanjan on 9 Bahman 1331. He is a graduate of psychology from Shahid Beheshti University. Khamse went to France in 1357 and studied pantomime, body movements and acting courses for a year and a half at Van Sen School, Atelier Augustobval and Atelier Cité University of Paris.

While the hijab monitoring machine and suppression of women’s clothing have returned to the streets after a few months, the … END_OF_DOCUMENT_TOKEN_TO_BE_REPLACED

Cardboard imam refers to the set of cardboard replicas made of Seyyed Ruhollah Khomeini, which were first used in the … END_OF_DOCUMENT_TOKEN_TO_BE_REPLACED

After the departure of the Dutch striker Jurgen Lokadia from the Persepolis team, the directors of this club thought of … END_OF_DOCUMENT_TOKEN_TO_BE_REPLACED

On this special cover, apart from Golshifteh Farahani and Zaramira Brahimi, ten other famous faces have supported  protesting women, and … END_OF_DOCUMENT_TOKEN_TO_BE_REPLACED