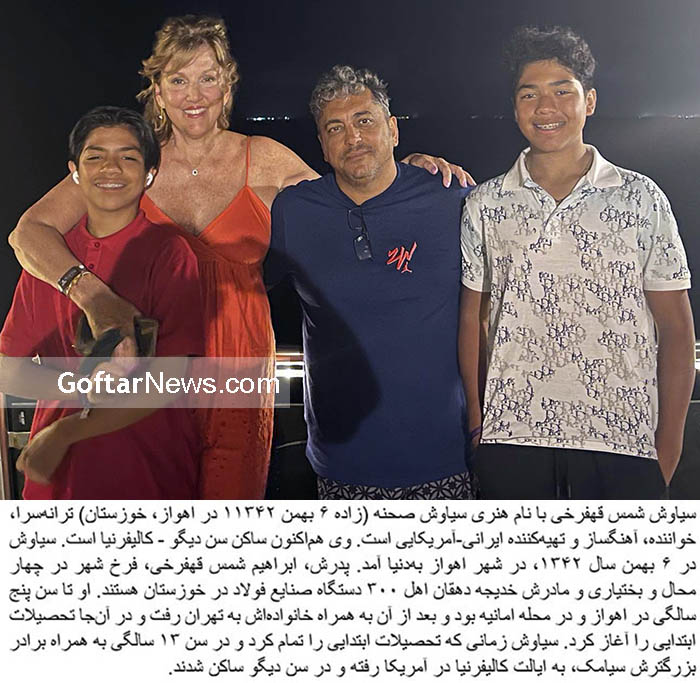 Siavash Shams (also known as Siavash Sahneh due to his hit song Sahneh (born 26 January 1963) is a singer, songwriter, record producer. He rose to fame in 1985 after his songs Sahneh (meaning “stage”) and Dokhtar (meaning) became hits. His first two albums Hamsayehaa and Sahneh are immensely popular. His then later albums Pedar and Faryad also had hits.

Shirin Naseri was born on August 26, 1368 in Mashhad. Practice your communication skills so you present clearly. Presenting requires … END_OF_DOCUMENT_TOKEN_TO_BE_REPLACED

Who is Rajwa Al Saif, Crown Prince Hussein’s Fiancée? The heir to the Jordanian throne has announced his engagement and … END_OF_DOCUMENT_TOKEN_TO_BE_REPLACED

Many international couples planning a destination wedding are choosing our country, not only for the scenery and charming wedding venues, … END_OF_DOCUMENT_TOKEN_TO_BE_REPLACED