Shohreh Solati and Make up artist in Istanbul 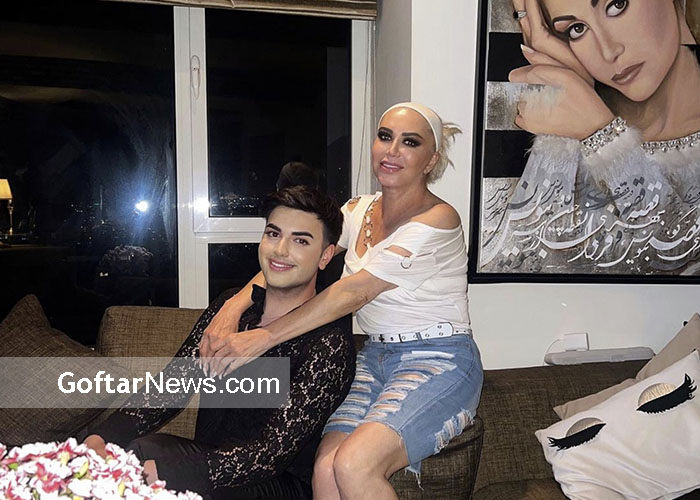 However, after the birth of her daughter, Shohreh became more involved in her professional career. Leaving behind New York City, Shohreh moved to Los Angeles in 1982, settling with the exiled Iranian music industry of the 1970s, who also established in that city. Working with songwriters, composers and arrangers, she produced and released several new albums. Most of these albums were nostalgic of the golden years of life just a few years before and thus appealed to a much wider audience, giving Shohreh’s fame momentum.

Mahlagha Jaberi attends the Opening Night Gala screening of “What’s Love Got To Do With It?” at the Red Sea … END_OF_DOCUMENT_TOKEN_TO_BE_REPLACED

Shiva Balochi, the actress in the series Nurses, wrote: As the smallest member of the Muslim community, the hijab has … END_OF_DOCUMENT_TOKEN_TO_BE_REPLACED

Shohreh Mousavi, one of the directors of the Badran Company, who defrauded over 9,000 billion tomans from 300,000 people by … END_OF_DOCUMENT_TOKEN_TO_BE_REPLACED

“Evil and passion work with him.” Open the heart valves. “Its night song can be heard all over the world.” … END_OF_DOCUMENT_TOKEN_TO_BE_REPLACED