Shiva Safai celebrating her 40th birthday with Lilly Ghalichi and Leila Milani in the U.S. 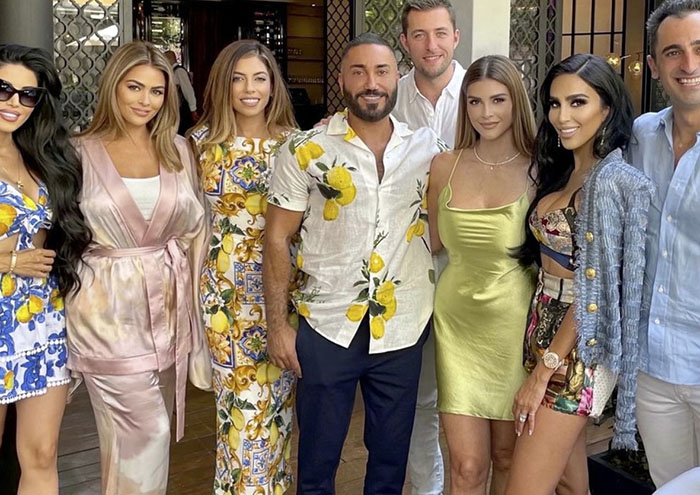 Milani made an appearance on the Style Network’s show, Split Ends, and on a celebrity episode of GSN’s game show Catch 21, alongside fellow DOND models Patricia Kara and Marisa Petroro. She announced on this show the launch of her own hair extension line, Milani Hair, which launched in early 2010. She was one of a handful of models chosen to make a special appearance on The Oprah Winfrey Show. Oprah picked Leyla’s case (number 8 for this show). Oprah later chanted Leyla’s name as her dog’s name is also Leyla.

Shahkar Bineshpajooh (born 13 December 1972) is a poet, translator, composer, and singer. Bineshpahjooh has performed with orchestras in Europe … END_OF_DOCUMENT_TOKEN_TO_BE_REPLACED

Omid R. Kordestani (born 1963) is a businessman who is a member of the board at Twitter and was previously … END_OF_DOCUMENT_TOKEN_TO_BE_REPLACED

“To be a good host, you need to be very comfortable in your own skin. It’s vital that you feel … END_OF_DOCUMENT_TOKEN_TO_BE_REPLACED