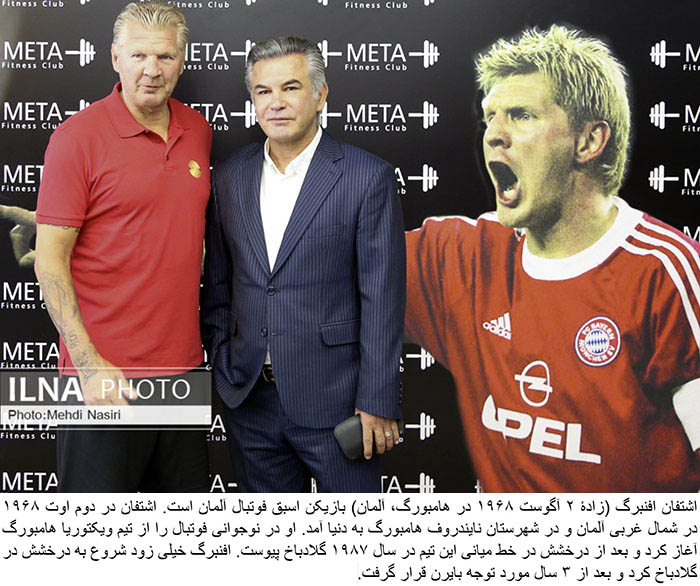 Effenberg played 35 games for the Germany national team and scored five goals. His debut came on 5 June 1991, in a Euro 1992 qualifier against Wales, as he played the last 18 minutes of a 1–0 away loss. He would be an everpresent fixture during the final stages, even netting in the second group stage match, a 2–0 win over Scotland. During a group game against South Korea in the 1994 FIFA World Cup. Effenberg “gave the finger” to German fans at the Cotton Bowl in the 35 °C (95 °F) heat of Dallas when he got substituted after a subpar performance; the Germans were then only one goal up, after leading 3–0. German coach Berti Vogts was so outraged by this incident that he dropped Effenberg from the team on the spot, and declared that he was finished as an international player.

Ali Daei started his football career with Esteghlal Ardabil. He joined the Tehran taxi team after being admitted to Sharif … END_OF_DOCUMENT_TOKEN_TO_BE_REPLACED

In recent days, it has been observed that the government has used teenagers and students in military uniforms and equipment … END_OF_DOCUMENT_TOKEN_TO_BE_REPLACED

Mohammad Reza Golzar was born on April 1, 1356. He is an actor, singer, and composer. He graduated from Azad … END_OF_DOCUMENT_TOKEN_TO_BE_REPLACED

Elham Hamidi, a famous actress, was born on December 8, 1956. Her education level: Elham Hamidi graduated with a bachelor’s … END_OF_DOCUMENT_TOKEN_TO_BE_REPLACED