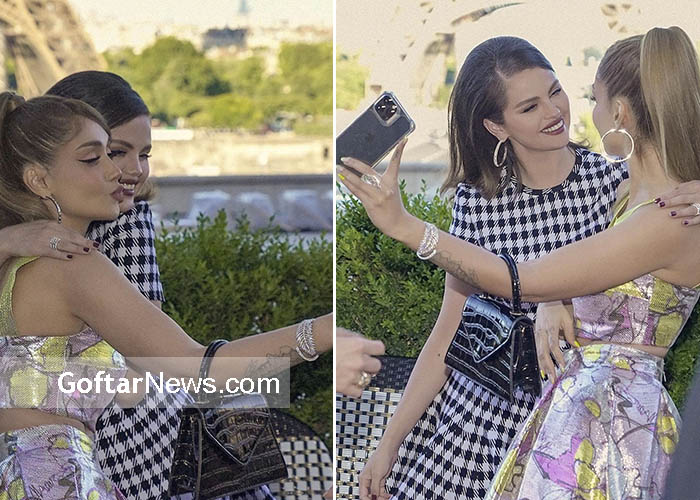 Gomez arrived in Paris for her European press tour for her Rare Beauty line, but it also happened to be fashion week, meaning there was plenty to do in the most romantic city in the world. Hopefully, she’s also finding time to relax, because the multi-talent celeb has a lot of things to juggle. She’s also been working to promote her Hulu hit, Only Murders In the Building, which just had its season 2 premiere in Los Angeles. The show stars, Gomez, Steve Martin, and Martin Short as neighbors who all live in the same apartment building in New York City. The three of them are totally obsessed with true crime podcasts, and when someone else in the building dies, they’re drawn to investigate. And start a podcast of their own, of course.

Ali Daei started his football career with Esteghlal Ardabil. He joined the Tehran taxi team after being admitted to Sharif … END_OF_DOCUMENT_TOKEN_TO_BE_REPLACED

In recent days, it has been observed that the government has used teenagers and students in military uniforms and equipment … END_OF_DOCUMENT_TOKEN_TO_BE_REPLACED

Mohammad Reza Golzar was born on April 1, 1356. He is an actor, singer, and composer. He graduated from Azad … END_OF_DOCUMENT_TOKEN_TO_BE_REPLACED

Elham Hamidi, a famous actress, was born on December 8, 1956. Her education level: Elham Hamidi graduated with a bachelor’s … END_OF_DOCUMENT_TOKEN_TO_BE_REPLACED