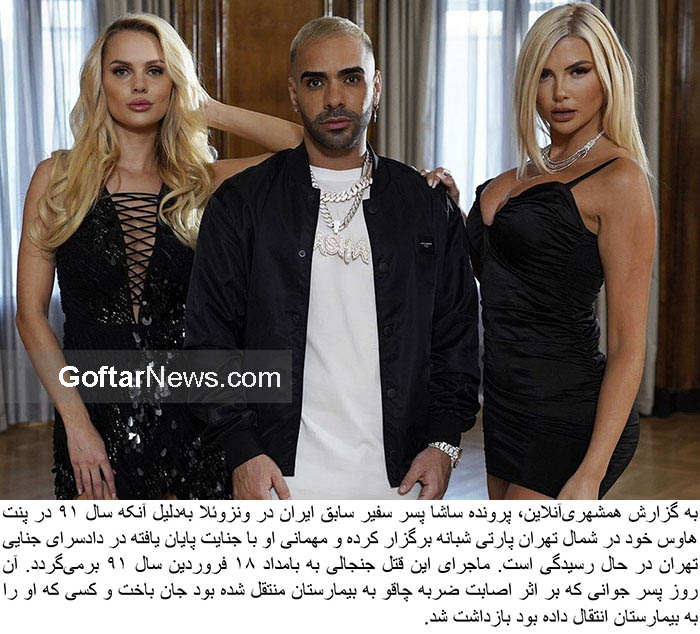 Mr Sobhani spent much of his childhood living outside the country because of his father’s career, which involved postings to Armenia, Gabon and Venezuela. He told the Spanish newspaper El Mundo that he had stayed in Venezuela after his father finished as ambassador there in 2006 and returned to serve as deputy foreign minister in the government of then hardline President Mahmoud Ahmadinejad.

Leon’s catsuit was covered in crescent moons, a symbol that has come to represent the Marine Serre brand. She wore … END_OF_DOCUMENT_TOKEN_TO_BE_REPLACED

Parviz Parastui (born 24 June 1955) is an actor. He has received various accolades, including four Crystal Simorgh for Best … END_OF_DOCUMENT_TOKEN_TO_BE_REPLACED

Now, as the doors slowly open for women in the profession, many women are putting the pedal to the metal … END_OF_DOCUMENT_TOKEN_TO_BE_REPLACED