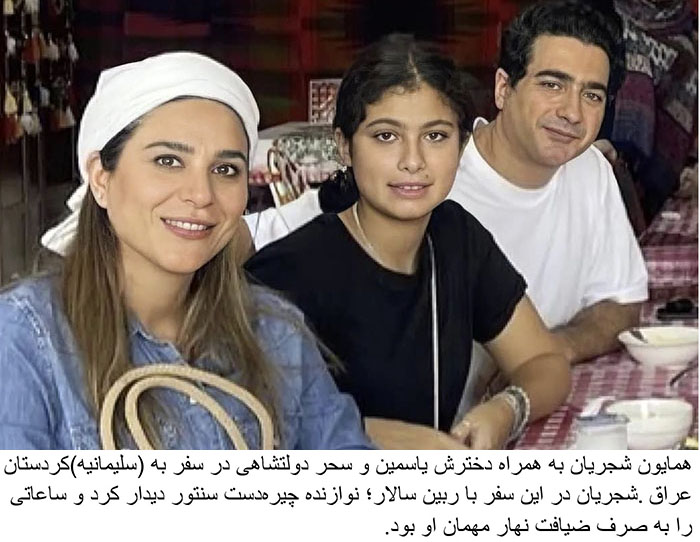 Sahar Dolatshahi (born 8 October 1979) is an actress. She is best known for acting in Ice Age, Istanbul Junction, The Frog and I Want To Be Alive. In the film “Gold and Copper” directed by Homayoun Asadiyan in 2011, she was nominated for the Best Female Actor Award from the 14th Cinema House Celebration. In the thirty-third festival of Fajr International Film Festival, Sahar Dolatshahi won the Best Actress in the film “Ice Age”. The film “180° Rule” starring Sahar Dolatshahi and directed by Farnoush Samadi won the Best Film Award for the first and second films of the director of the Valladolid International Film Festival in Spain.

Leon’s catsuit was covered in crescent moons, a symbol that has come to represent the Marine Serre brand. She wore … END_OF_DOCUMENT_TOKEN_TO_BE_REPLACED

Parviz Parastui (born 24 June 1955) is an actor. He has received various accolades, including four Crystal Simorgh for Best … END_OF_DOCUMENT_TOKEN_TO_BE_REPLACED

Now, as the doors slowly open for women in the profession, many women are putting the pedal to the metal … END_OF_DOCUMENT_TOKEN_TO_BE_REPLACED