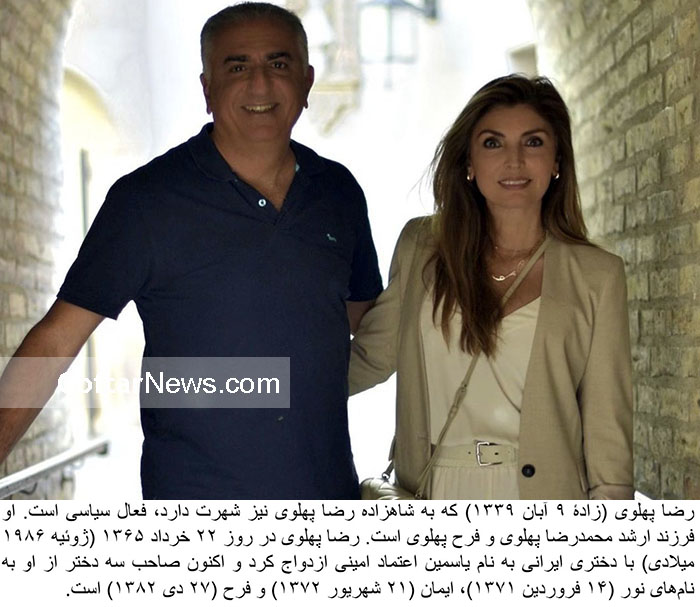 Reza Pahlavi ( born 31 October 1960) is the oldest son of Mohammad Reza Pahlavi, the last Shah of Iran, and his wife Farah Diba. Prior to the Revolution in 1979, he was the crown prince and the last heir apparent to the throne of the Imperial State. Pahlavi is the founder and leader of the self-styled National Council of Iran, an exiled opposition group, and is a prominent critic of Iran’s Islamic Republic government. Pahlavi and Ahmad Ali Massoud Ansari, his close aide and financial adviser, filed lawsuits against each other. Pahlavi accused Ansari of embezzlement amounting $24 million, while Ansari claimed $1.7 million lien against Pahlavi.

Mahlagha Jaberi attends the Opening Night Gala screening of “What’s Love Got To Do With It?” at the Red Sea … END_OF_DOCUMENT_TOKEN_TO_BE_REPLACED

Shiva Balochi, the actress in the series Nurses, wrote: As the smallest member of the Muslim community, the hijab has … END_OF_DOCUMENT_TOKEN_TO_BE_REPLACED

Shohreh Mousavi, one of the directors of the Badran Company, who defrauded over 9,000 billion tomans from 300,000 people by … END_OF_DOCUMENT_TOKEN_TO_BE_REPLACED

“Evil and passion work with him.” Open the heart valves. “Its night song can be heard all over the world.” … END_OF_DOCUMENT_TOKEN_TO_BE_REPLACED