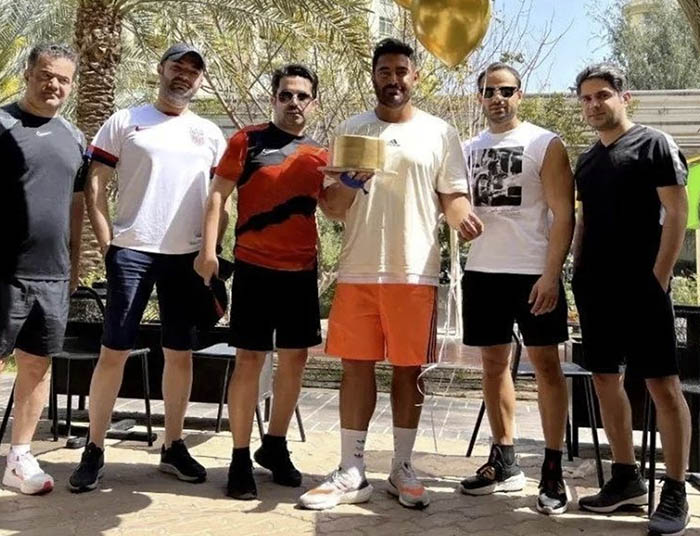 Mohammadreza Golzar was born on 21 March 1977 in a family of Azerbaijani origin. His close friend Aria Sajadi helped him with his acting skills. Before starting his acting career with Sam and Narges, in 1998 he gained fame as the guitarist of the music band, Arian band. He is now a singer of the Rezzar Band led by Hamed Baradaran. In 2000, he was invited to act in Sam and Narges by Iranian director, Iraj Ghaderi. He started to gain popularity after acting in more films such as Shaam-e Akhar, Zahr-e Asal, and Boutique. Golzar gained media attention when it was revealed that he was paid £55,000 for 3 days work while shooting Democracy in Bright Daylight in 2009, a relatively high fee for the country. He is a graduate of Mechanical Engineering from Azad University. Golzar started his music career in 1998 as a guitarist with one of his close friends Arian Sajadi. He has played guitar, organ and percussion with Arian Sajadi.

After the departure of the Dutch striker Jurgen Lokadia from the Persepolis team, the directors of this club thought of … END_OF_DOCUMENT_TOKEN_TO_BE_REPLACED

On this special cover, apart from Golshifteh Farahani and Zaramira Brahimi, ten other famous faces have supported  protesting women, and … END_OF_DOCUMENT_TOKEN_TO_BE_REPLACED

Rafaela Santos is the sister of one of the most prominent and famous footballers in the world, but apart from … END_OF_DOCUMENT_TOKEN_TO_BE_REPLACED

Anashid Hosseini was born on January 24, 1992 in Ahvaz. His family moved very soon, a year after his birth. … END_OF_DOCUMENT_TOKEN_TO_BE_REPLACED

Neda Agha-Soltan (23 January 1983 – 20 June 2009) was an Iranian student of philosophy, who was participating in the … END_OF_DOCUMENT_TOKEN_TO_BE_REPLACED