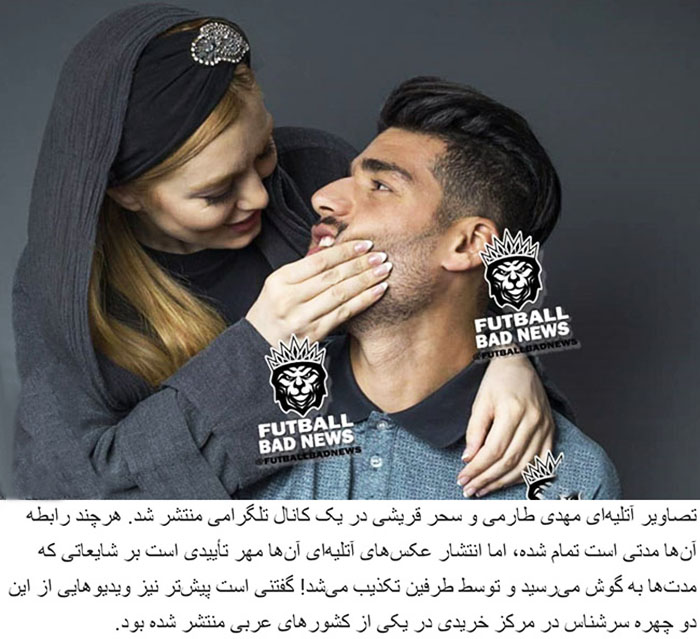 Mehdi Taremi (born 18 July 1992) is an Iranian professional footballer who plays as a striker for Primeira Liga club FC Porto and the national team. Taremi is the third and the youngest child of his family. His older brother Mohammad is also a football player. He was in a relationship with actress Sahar Ghoreishi for months in 2018. In March 2020, Taremi announced he is in a new relationship and prepares for marriage. Sahar Ghoreishi (born 27 December 1987) is an actress. Starting her acting career performing a role in the TV show Laj-o-Laj Bazi (English: Pertinacity) directed by Sayyed Mahdi Borgheyi in 2009, she gained fame among by playing the character named “Yalda” in the TV show Delnavazan. She is also active in brand endorsement and modelling.

After the departure of the Dutch striker Jurgen Lokadia from the Persepolis team, the directors of this club thought of … END_OF_DOCUMENT_TOKEN_TO_BE_REPLACED

On this special cover, apart from Golshifteh Farahani and Zaramira Brahimi, ten other famous faces have supported  protesting women, and … END_OF_DOCUMENT_TOKEN_TO_BE_REPLACED

Rafaela Santos is the sister of one of the most prominent and famous footballers in the world, but apart from … END_OF_DOCUMENT_TOKEN_TO_BE_REPLACED

Anashid Hosseini was born on January 24, 1992 in Ahvaz. His family moved very soon, a year after his birth. … END_OF_DOCUMENT_TOKEN_TO_BE_REPLACED

Neda Agha-Soltan (23 January 1983 – 20 June 2009) was an Iranian student of philosophy, who was participating in the … END_OF_DOCUMENT_TOKEN_TO_BE_REPLACED