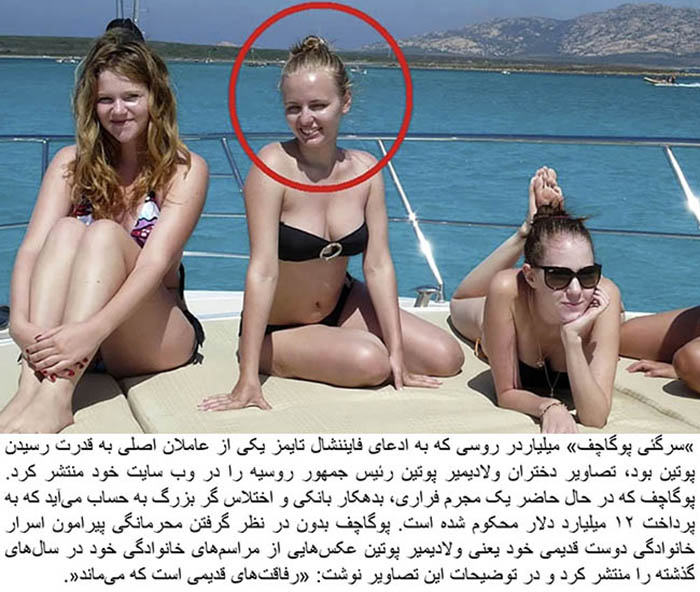 Rare photos have emerged of Vladimir Putin’s two “secret” daughters — released by a former right-hand man who just lost a $12 billion lawsuit against Russia, according to reports. Maria and Katerina, long thought to be the Russian president’s daughters from his first marriage to Lyudmila Putin, are seen in a series of snaps from when they were teenagers.

It’s said that art imitates life, but sometimes it’s the other way around…especially when it comes to Sex/Life co-stars Sarah … END_OF_DOCUMENT_TOKEN_TO_BE_REPLACED

In 1990, she was cast as a young bride in Behrooz Afkhami’s hit film The Bride. Karimi has won many … END_OF_DOCUMENT_TOKEN_TO_BE_REPLACED

Chakame Chamanmah is an actress, known for Confessions of My Dangerous Mind (2015), Receiver (2012). In Istanbul and along the … END_OF_DOCUMENT_TOKEN_TO_BE_REPLACED