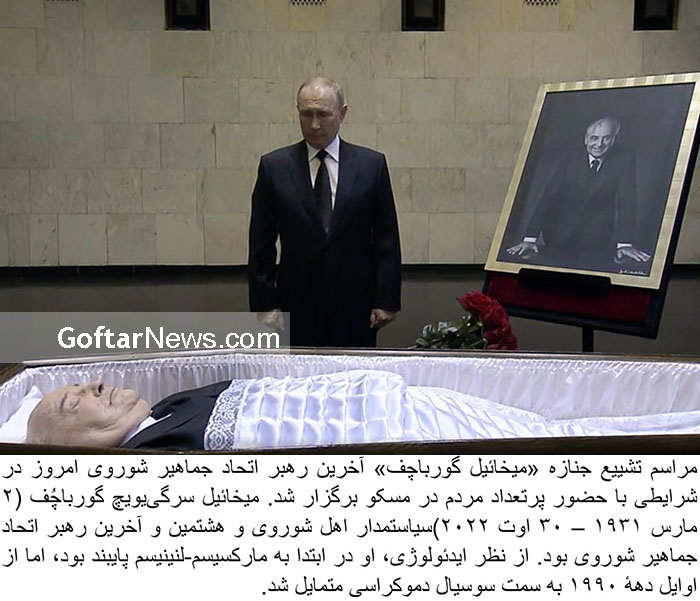 Russians who came for a last look at former Soviet leader Mikhail Gorbachev on Saturday mourned both the man and his policies that gave them hope. President Vladimir Putin claimed to be too busy to attend. Gorbachev, who died Tuesday at age 91, launched drastic reforms that helped end the Cold War. But he also precipitated the breakup of the Soviet Union, which Putin had called the 20th century’s “greatest geopolitical catastrophe.”

While the hijab monitoring machine and suppression of women’s clothing have returned to the streets after a few months, the … END_OF_DOCUMENT_TOKEN_TO_BE_REPLACED

Cardboard imam refers to the set of cardboard replicas made of Seyyed Ruhollah Khomeini, which were first used in the … END_OF_DOCUMENT_TOKEN_TO_BE_REPLACED

After the departure of the Dutch striker Jurgen Lokadia from the Persepolis team, the directors of this club thought of … END_OF_DOCUMENT_TOKEN_TO_BE_REPLACED

On this special cover, apart from Golshifteh Farahani and Zaramira Brahimi, ten other famous faces have supported  protesting women, and … END_OF_DOCUMENT_TOKEN_TO_BE_REPLACED