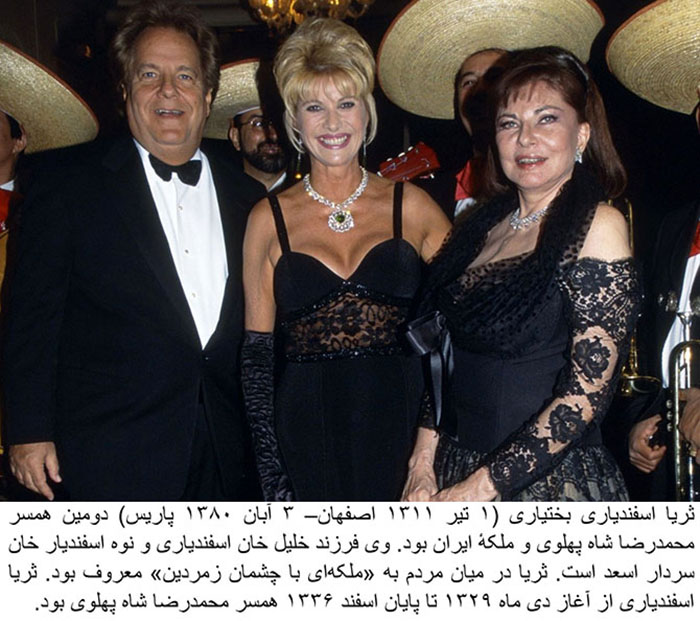 Soraya Esfandiary-Bakhtiary (22 June 1932 – 26 October 2001) was the queen consort as the second wife of Shah Mohammad Reza Pahlavi, whom she married in 1951. Their marriage suffered many pressures, particularly when it became clear that she was infertile. She rejected the Shah’s suggestion that he might take a second wife in order to produce an heir, as he rejected her suggestion that he might abdicate in favor of his half-brother. As the daughter of a German Christian mother, Soraya was mistrusted by Shiite clerics; she was also resented by the Shah’s possessive mother. In March 1958, the Shah wept as he announced their divorce. The British Ambassador claimed that Soraya was the Shah’s only true love. After a brief career as an actress, and a liaison with Italian film director Franco Indovina, Soraya lived alone in Paris until her death.

While the hijab monitoring machine and suppression of women’s clothing have returned to the streets after a few months, the … END_OF_DOCUMENT_TOKEN_TO_BE_REPLACED

Cardboard imam refers to the set of cardboard replicas made of Seyyed Ruhollah Khomeini, which were first used in the … END_OF_DOCUMENT_TOKEN_TO_BE_REPLACED

After the departure of the Dutch striker Jurgen Lokadia from the Persepolis team, the directors of this club thought of … END_OF_DOCUMENT_TOKEN_TO_BE_REPLACED

On this special cover, apart from Golshifteh Farahani and Zaramira Brahimi, ten other famous faces have supported  protesting women, and … END_OF_DOCUMENT_TOKEN_TO_BE_REPLACED