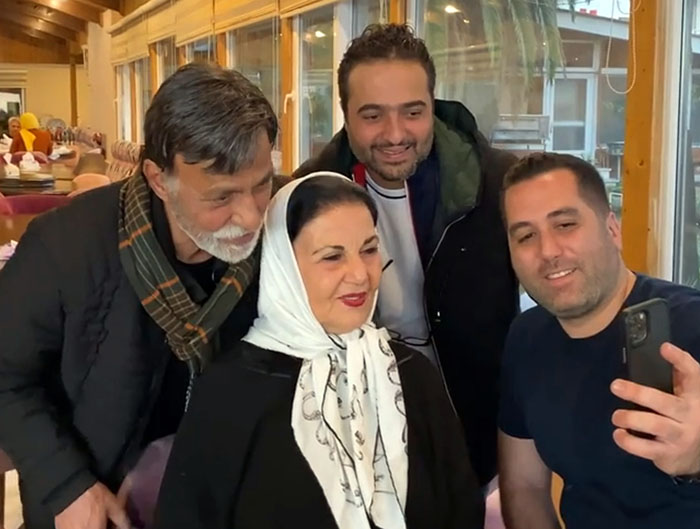 She also acted in some foreign films such as Missile X: The Neutron Bomb Incident directed by Leslie H. Martinson in which she co-starred with Peter Graves. In another film directed by Fereydun Gole, named The Moon and a Murmur (1977), she co-starred with John Ireland and Mickey Rooney. Jean Negulesco chose her and Behrouz Vosoughi to play the roles of a couple in his last film The Invincible Six (1970). Jun’ya Sato, the Japanese director chose her for the lead actress in his 1973 adaptation of the manga, Golgo 13.

Mahlagha Jaberi attends the Opening Night Gala screening of “What’s Love Got To Do With It?” at the Red Sea … END_OF_DOCUMENT_TOKEN_TO_BE_REPLACED

Shiva Balochi, the actress in the series Nurses, wrote: As the smallest member of the Muslim community, the hijab has … END_OF_DOCUMENT_TOKEN_TO_BE_REPLACED

Shohreh Mousavi, one of the directors of the Badran Company, who defrauded over 9,000 billion tomans from 300,000 people by … END_OF_DOCUMENT_TOKEN_TO_BE_REPLACED

“Evil and passion work with him.” Open the heart valves. “Its night song can be heard all over the world.” … END_OF_DOCUMENT_TOKEN_TO_BE_REPLACED