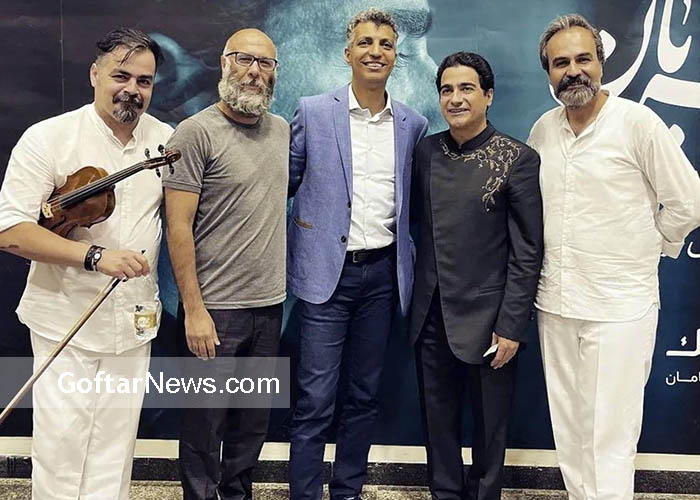 Homayoun Shajarian (born May 21, 1975) is a singer. He is the son of Mohammad Reza Shajarian. Shajarian is the son of Mohammad-Reza Shajarian, a grand master vocalist of Persian traditional music. At a young age, he began studying the tombak, a Persian hand drum, and Persian traditional vocal Avaz. Shajarian attended Tehran Conservatory of Music choosing Kamancheh as his professional instrument and was tutored by Ardeshir Kamkar. In 1991, he accompanied his father in concerts of Ava Music Ensemble in the United States, Europe and Iran, playing Tombak and from 1999 on, he started accompanying his father also on vocals. His first independent work Nassim-e Vasl, composed by Mohammad Javad Zarrabian, was released on his 28th birthday, on 21 May 2003. He performed live-stream concert on 24 May 2020 during coronavirus pandemic.

Mahlagha Jaberi attends the Opening Night Gala screening of “What’s Love Got To Do With It?” at the Red Sea … END_OF_DOCUMENT_TOKEN_TO_BE_REPLACED

Shiva Balochi, the actress in the series Nurses, wrote: As the smallest member of the Muslim community, the hijab has … END_OF_DOCUMENT_TOKEN_TO_BE_REPLACED

Shohreh Mousavi, one of the directors of the Badran Company, who defrauded over 9,000 billion tomans from 300,000 people by … END_OF_DOCUMENT_TOKEN_TO_BE_REPLACED

“Evil and passion work with him.” Open the heart valves. “Its night song can be heard all over the world.” … END_OF_DOCUMENT_TOKEN_TO_BE_REPLACED