Pictures of actors on the red carpet movie “Treason” 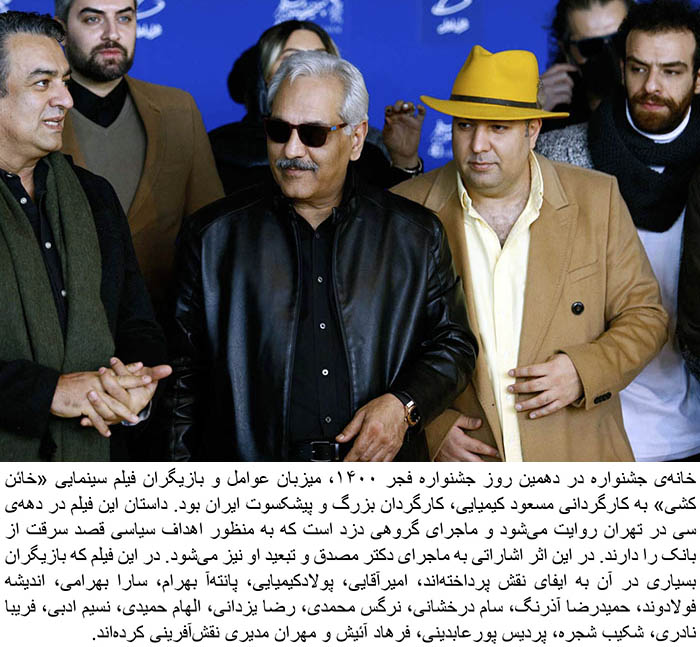 Mehran Modiri (born 7 April 1957) is a film director, film producer, actor, and singer. He is considered to be the leading artist in social satire. His various series, which have been broadcast through IRIB have set records in terms of viewership (an estimated 85% viewership when he is on-air), as well as make him a popular personality among the masses. His artistic career began in his teenage years acting in local plays. He then entered the world of radio and television in the early 1990s, actively writing scripts for and participating in various comedy skits during the annual Norooz comedy television shows broadcast by the IRIB.

Yasmine Pahlavi is the wife of Reza Pahlavi, the last crown prince of the former Imperial State. She worked for … END_OF_DOCUMENT_TOKEN_TO_BE_REPLACED

Ali Daei started his football career with Esteghlal Ardabil. He joined the Tehran taxi team after being admitted to Sharif … END_OF_DOCUMENT_TOKEN_TO_BE_REPLACED

In recent days, it has been observed that the government has used teenagers and students in military uniforms and equipment … END_OF_DOCUMENT_TOKEN_TO_BE_REPLACED

Mohammad Reza Golzar was born on April 1, 1356. He is an actor, singer, and composer. He graduated from Azad … END_OF_DOCUMENT_TOKEN_TO_BE_REPLACED