Photos of Jean-Claude Carrière and Golshifteh Farahani in Paris 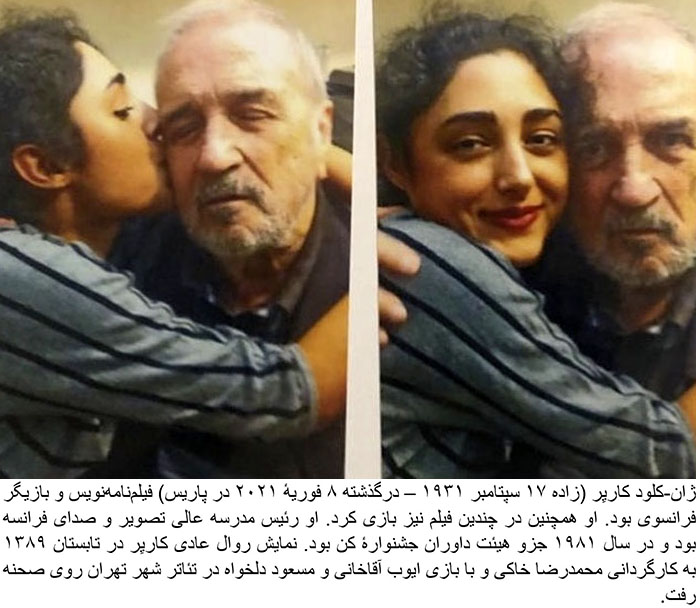 Jean-Claude Carrière 17 September 1931 – 8 February 2021) was a French novelist, screenwriter and actor. He received an Academy Award for best short film for co-writing Heureux Anniversaire (1963), and was later conferred an Honorary Oscar in 2014. He was nominated for the Academy Award three other times for his work in The Discreet Charm of the Bourgeoisie (1972), That Obscure Object of Desire (1977), and The Unbearable Lightness of Being (1988). He also won a César Award for Best Original Screenplay in The Return of Martin Guerre (1983).

As Donald Trump made abundantly clear during his four years in office, he absolutely hated the job of being president. … END_OF_DOCUMENT_TOKEN_TO_BE_REPLACED

A millionaire Iranian influencer’s gold McLaren supercar was seized after police found him driving it without insurance. Pooyan Mokhtari, 31, … END_OF_DOCUMENT_TOKEN_TO_BE_REPLACED