Photos Of Inside the Jason Rezaian Life in the U.S. 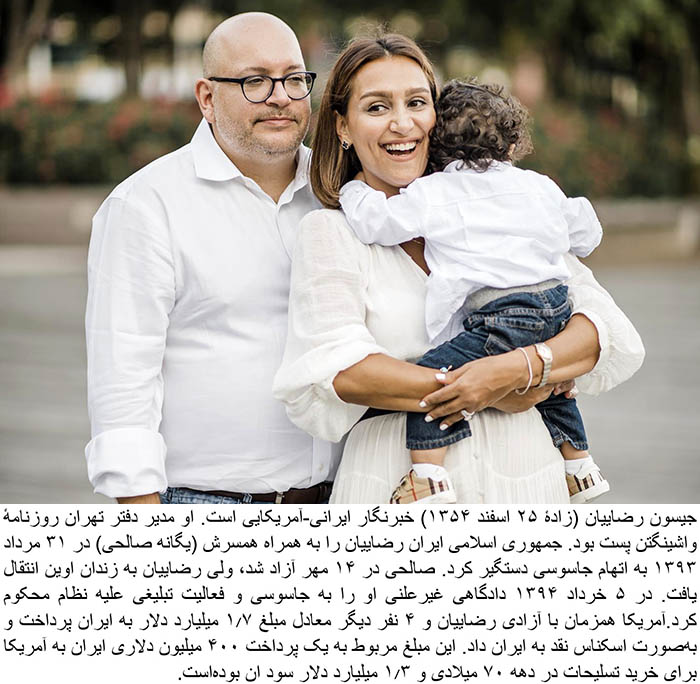 Jason Rezaian (born on March 16, 1976) is a journalist who served as Tehran bureau chief for The Washington Post. He was convicted of espionage in a closed-door trial in 2015. Authorities arrested Rezaian and his wife, Yeganeh Salehi, and took the couple into custody, accusing them of espionage. While Salehi – also a journalist – was released on October 6, Rezaian remained in custody at Evin Prison, a detention center known for housing political prisoners and intellectuals.

Sina Mehrad is an actor and assistant director, known for Paat (2013), Blue Blood. “When you’re shooting fashion and beauty … END_OF_DOCUMENT_TOKEN_TO_BE_REPLACED

Niki Karimi (born 10 November 1971) is an actress, director, screenwriter and producer. Regarded as the most prominent figure among … END_OF_DOCUMENT_TOKEN_TO_BE_REPLACED

Maria Vladimirovna Zakharova was born on December 24, 1975 in Moscow, in the family of a Russian diplomat. From an … END_OF_DOCUMENT_TOKEN_TO_BE_REPLACED