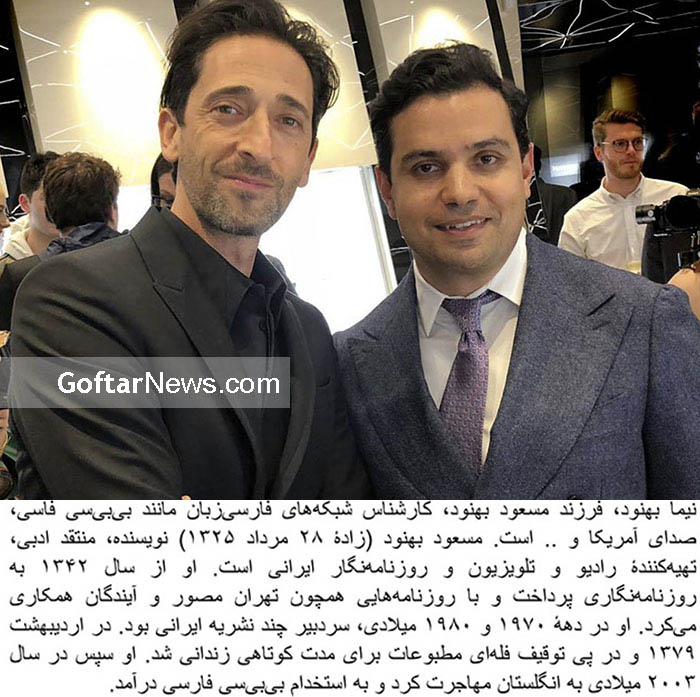 Nima Behnoud, famous and creative designer of fashion and clothing, son of Masoud Behnoud (journalist living in London) was born on the 27th of August 1355. He is considered one of the most famous fashion designers abroad. But it is not bad to know about Nima Behnoud. He was born on August 27, 1355. It is interesting to know that Nima Behnoud was active in the field of calligraphy when she was no more than a teenager! At the same time, he decided to put his calligraphy on fabric, and as a result, he started designing blue jeans! Unfortunately, due to the effects of Iran’s economy caused by the war (decreasing the financial ability of people to buy and also the lack of a suitable field to advertise products), these expensive designs could not attract many fans. Attract!

While the hijab monitoring machine and suppression of women’s clothing have returned to the streets after a few months, the … END_OF_DOCUMENT_TOKEN_TO_BE_REPLACED

Cardboard imam refers to the set of cardboard replicas made of Seyyed Ruhollah Khomeini, which were first used in the … END_OF_DOCUMENT_TOKEN_TO_BE_REPLACED

After the departure of the Dutch striker Jurgen Lokadia from the Persepolis team, the directors of this club thought of … END_OF_DOCUMENT_TOKEN_TO_BE_REPLACED

On this special cover, apart from Golshifteh Farahani and Zaramira Brahimi, ten other famous faces have supported  protesting women, and … END_OF_DOCUMENT_TOKEN_TO_BE_REPLACED