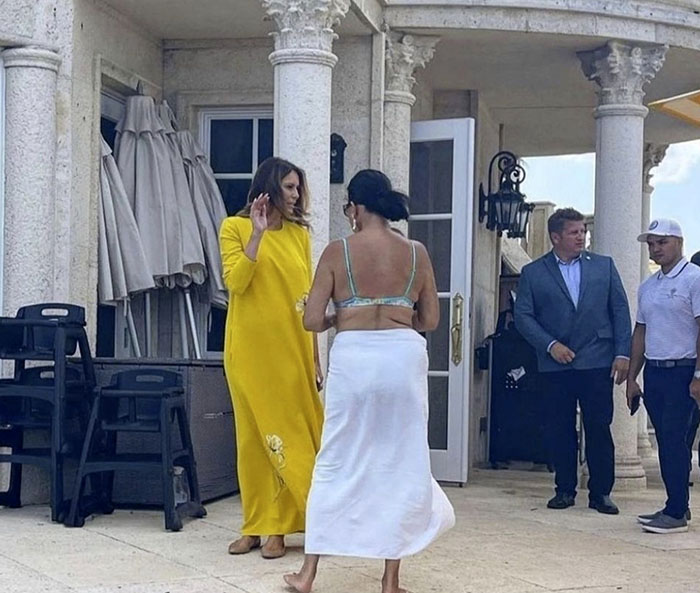 As Donald Trump made abundantly clear during his four years in office, he absolutely hated the job of being president. Oh, sure, he liked the power and the pomp and circumstance—though there wasn’t nearly enough for his liking—but the day-to-day business of running the country? Wherein he was supposed to actually listen to intelligence briefings and give a shit about the American people? No, thank you. Not for this guy. On the other hand, being president, as Trump learned the first time around, is a good way to avoid lawsuits, subpoenas, and being held responsible for pretty much anything. Plus, he’s an aspiring authoritarian who clearly likes the idea of being able to punish his enemies, and that’s a lot easier to do from the White House than it is from Mar-a-Lago.

Mahlagha Jaberi attends the Opening Night Gala screening of “What’s Love Got To Do With It?” at the Red Sea … END_OF_DOCUMENT_TOKEN_TO_BE_REPLACED

Shiva Balochi, the actress in the series Nurses, wrote: As the smallest member of the Muslim community, the hijab has … END_OF_DOCUMENT_TOKEN_TO_BE_REPLACED

Shohreh Mousavi, one of the directors of the Badran Company, who defrauded over 9,000 billion tomans from 300,000 people by … END_OF_DOCUMENT_TOKEN_TO_BE_REPLACED

“Evil and passion work with him.” Open the heart valves. “Its night song can be heard all over the world.” … END_OF_DOCUMENT_TOKEN_TO_BE_REPLACED