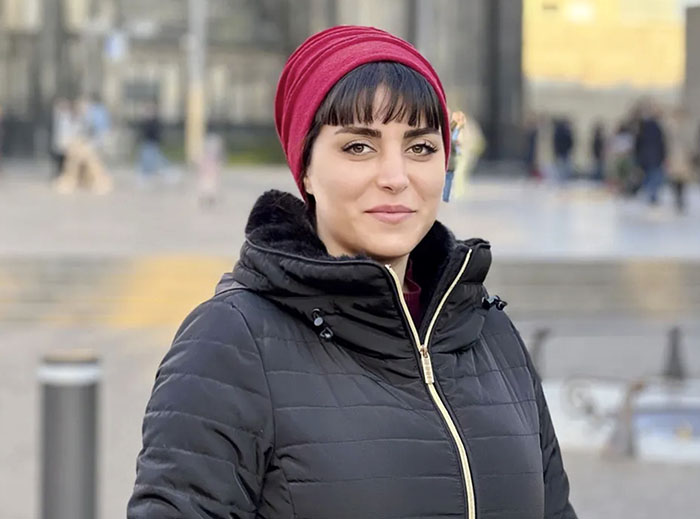 Over the years she has had the opportunity to work with some of the most proficient and well known Iranian musicians, such as Hamid Motebassem, Hossein Behroozinia, Saeed Farajpouri, Pejman Haddadi, Behnam Samani, Mazda Ansari, Behzad Abdi, and Majid Derakhshani, to name a few. Mahdieh has performed as a solo vocalist in numerous European countries, as well as the United States, Canada and Australia with various ensembles such as “Mâh”, “Dastân” and “Tar-o-Pood”.

Mahlagha Jaberi attends the Opening Night Gala screening of “What’s Love Got To Do With It?” at the Red Sea … END_OF_DOCUMENT_TOKEN_TO_BE_REPLACED

Shiva Balochi, the actress in the series Nurses, wrote: As the smallest member of the Muslim community, the hijab has … END_OF_DOCUMENT_TOKEN_TO_BE_REPLACED

Shohreh Mousavi, one of the directors of the Badran Company, who defrauded over 9,000 billion tomans from 300,000 people by … END_OF_DOCUMENT_TOKEN_TO_BE_REPLACED

“Evil and passion work with him.” Open the heart valves. “Its night song can be heard all over the world.” … END_OF_DOCUMENT_TOKEN_TO_BE_REPLACED