Nasrin Moghanloo celebrating her son birthday in the capital 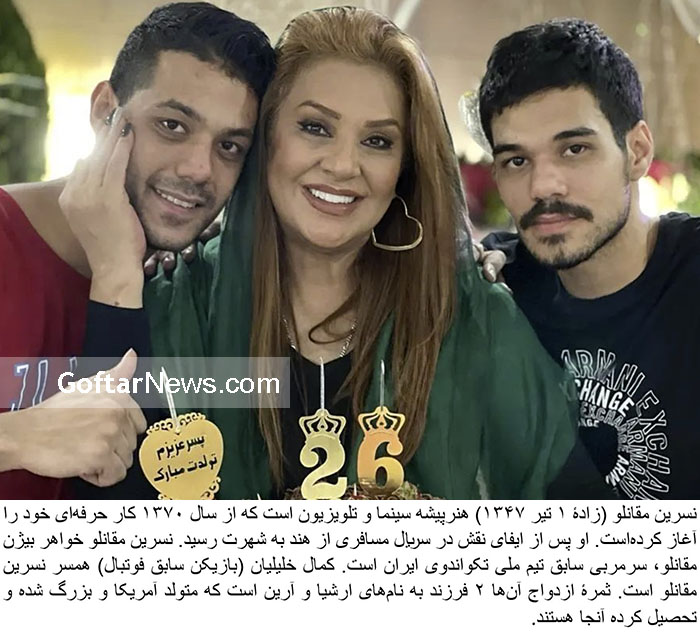 Nasrin Moghanloo (born June 22, 1968) is a stage, film and television actress. She made her cinematic debut in the film Omid and managed to attract attention to her talent in the film The Spouse. She lived outside Iran for several years, and after returning to it, she acted in several films, including Mum’s Guest, which helped her cement her status as a star

While the hijab monitoring machine and suppression of women’s clothing have returned to the streets after a few months, the … END_OF_DOCUMENT_TOKEN_TO_BE_REPLACED

Cardboard imam refers to the set of cardboard replicas made of Seyyed Ruhollah Khomeini, which were first used in the … END_OF_DOCUMENT_TOKEN_TO_BE_REPLACED

After the departure of the Dutch striker Jurgen Lokadia from the Persepolis team, the directors of this club thought of … END_OF_DOCUMENT_TOKEN_TO_BE_REPLACED

On this special cover, apart from Golshifteh Farahani and Zaramira Brahimi, ten other famous faces have supported  protesting women, and … END_OF_DOCUMENT_TOKEN_TO_BE_REPLACED