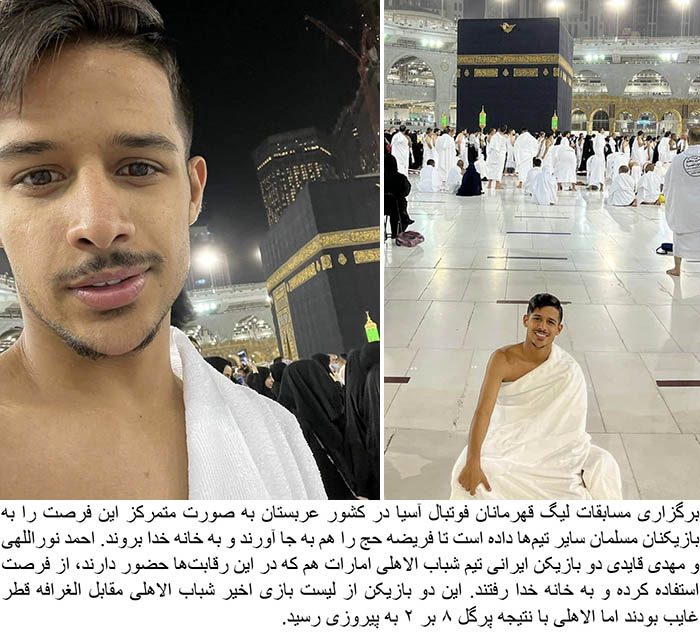 At the start of the season the FFIRI banned him from playing along with two fellow Esteghlal teammates Majid Hosseini and Omid Noorafkan as Alireza Mansourian prevented them to join Iran under-23 camp. The deprivation from the FFIRI was finally cancelled on 29 July 2017 after missing the first week of the season and the players eligible to play for the second week of the 2017–18 campaign. He finally made his debut for Esteghlal on 4 August 2017, in a 0–0 draw against Esteghlal Khuzestan entering the match as a substitute for Omid Noorafkan. At the end of the match, even though he played for a few minutes, he was praised for his skills and effort. After making his debut he became the youngest player to play for the club in the league, a record which was held by Omid Noorafkan previously.

After the departure of the Dutch striker Jurgen Lokadia from the Persepolis team, the directors of this club thought of … END_OF_DOCUMENT_TOKEN_TO_BE_REPLACED

On this special cover, apart from Golshifteh Farahani and Zaramira Brahimi, ten other famous faces have supported  protesting women, and … END_OF_DOCUMENT_TOKEN_TO_BE_REPLACED

Rafaela Santos is the sister of one of the most prominent and famous footballers in the world, but apart from … END_OF_DOCUMENT_TOKEN_TO_BE_REPLACED

Anashid Hosseini was born on January 24, 1992 in Ahvaz. His family moved very soon, a year after his birth. … END_OF_DOCUMENT_TOKEN_TO_BE_REPLACED

Neda Agha-Soltan (23 January 1983 – 20 June 2009) was an Iranian student of philosophy, who was participating in the … END_OF_DOCUMENT_TOKEN_TO_BE_REPLACED