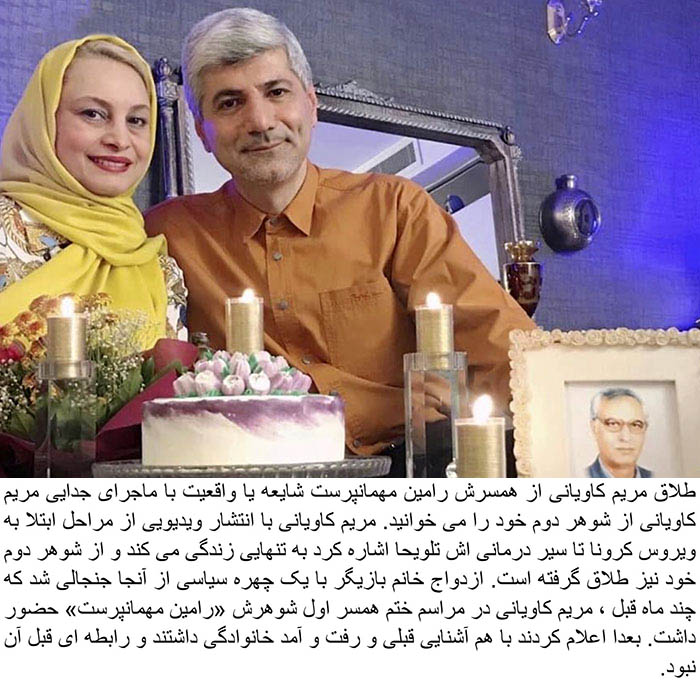 Maryam Kavyani was born in Ahvaz to Baboli parents. She lives at present in Tehran. Ms Kavyani has a postgraduate degree in nursing and before entering into acting profession in 2002, worked as a professional nurse. In 2002 she played her first role in the feature film The Youthful Dream (Royā-ye Javāni), directed by Nāder Moghaddas. Since this time she has played in feature films Dexterous (Tar-dast), 2004, directed by Mohammad-Ali Sajjādi, Spaghetti in Eight Minutes (Espāgeti dar Hasht Daghigheh), 2005, directed by Rāmbod Javān, Rival Wife (Havoo), 2005, directed by Alireza Dāvoudnejād, and Travail (Makhmaseh), 2006, directed by Mohammad-Ali Sajjādi. She became a national household name in after appearing in the role of Raanā in the television series She Was An Angel (Ou Yek Fereshteh Bud), directed by Alireza Afkhami, which was broadcast in 2005.

Mahlagha Jaberi attends the Opening Night Gala screening of “What’s Love Got To Do With It?” at the Red Sea … END_OF_DOCUMENT_TOKEN_TO_BE_REPLACED

Shiva Balochi, the actress in the series Nurses, wrote: As the smallest member of the Muslim community, the hijab has … END_OF_DOCUMENT_TOKEN_TO_BE_REPLACED

Shohreh Mousavi, one of the directors of the Badran Company, who defrauded over 9,000 billion tomans from 300,000 people by … END_OF_DOCUMENT_TOKEN_TO_BE_REPLACED

“Evil and passion work with him.” Open the heart valves. “Its night song can be heard all over the world.” … END_OF_DOCUMENT_TOKEN_TO_BE_REPLACED