Leila und Sara cellist from Rome into a family of cellists 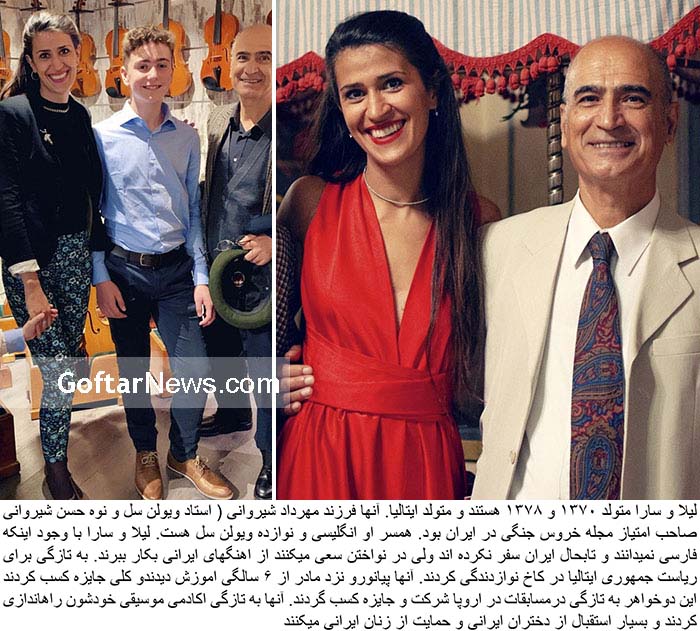 The Anglo-Persian cellist Leila Shirvani was born in Rome into a family of cellists in 1992. “I imagined a 360-degree journey of discovery around the cello, to present the full range of its possibilities through a varied and contrasting repertoire. Beginning with the great pillars of the cello repertoire such as Haydn’s C major Concerto, which honors the virtuoso possibilities of the cello with its classical language, and Tchaikovsky’s Rococo Variations – the maximum expression of Romanticism – through to the fire of early 20th century Spain to the world of contemporary music with “Childhood”, composed by Enrico Melozzi. “Childhood”, a work dedicated to me, highlights the full range of timbres of the cello – from the lowest octave to the most daring of the highest registers.

Shirin Naseri was born on August 26, 1368 in Mashhad. Practice your communication skills so you present clearly. Presenting requires … END_OF_DOCUMENT_TOKEN_TO_BE_REPLACED

Who is Rajwa Al Saif, Crown Prince Hussein’s Fiancée? The heir to the Jordanian throne has announced his engagement and … END_OF_DOCUMENT_TOKEN_TO_BE_REPLACED

Many international couples planning a destination wedding are choosing our country, not only for the scenery and charming wedding venues, … END_OF_DOCUMENT_TOKEN_TO_BE_REPLACED