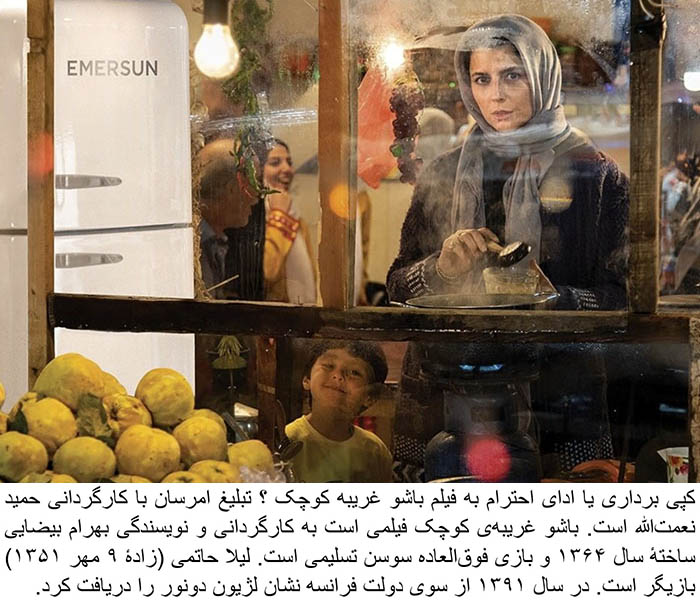 Leila Hatami (born October 1, 1972) is an actress. She is known for her work in cinema, including her performance in the Academy Award-winning film A Separation (2011), for which she won the Silver Bear Award for Best Actress at the Berlin Film Festival. Hatami played several small roles in her father’s productions throughout her youth, including in the Hezar Dastan television series and the Kamalolmolk movie.

Sina Mehrad is an actor and assistant director, known for Paat (2013), Blue Blood. “When you’re shooting fashion and beauty … END_OF_DOCUMENT_TOKEN_TO_BE_REPLACED

Niki Karimi (born 10 November 1971) is an actress, director, screenwriter and producer. Regarded as the most prominent figure among … END_OF_DOCUMENT_TOKEN_TO_BE_REPLACED

Maria Vladimirovna Zakharova was born on December 24, 1975 in Moscow, in the family of a Russian diplomat. From an … END_OF_DOCUMENT_TOKEN_TO_BE_REPLACED